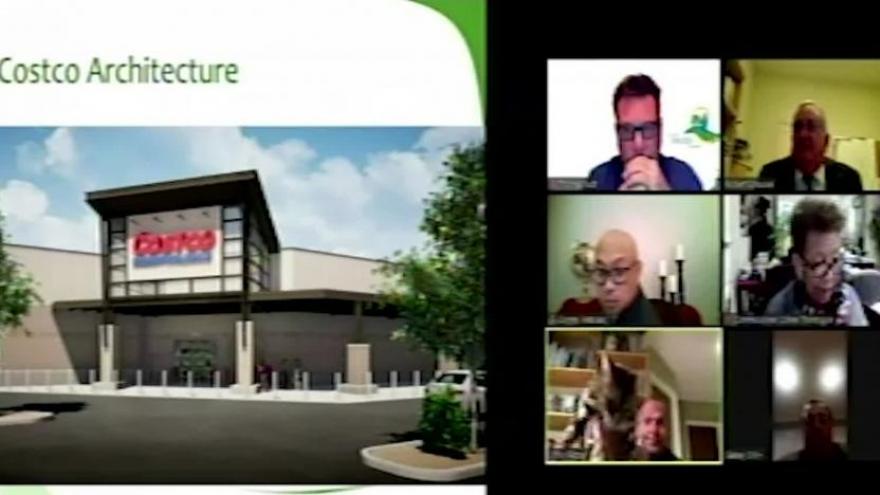 City officials in Vallejo, California, are calling for planning commissioner Chris Platzer to be removed after he was seen throwing a cat and drinking during a video meeting last week.

(CNN) -- A Northern California city planning commissioner resigned on Tuesday following a videoconference meeting in which he was seen throwing his cat and drinking what appeared to be an alcoholic beverage.

In a resignation letter sent to the city of Vallejo via email, a copy of which was provided to CNN, Chris Platzer apologized for his behavior during the meeting.

"We are all living in uncertain times and I certainly, like many of you, am adjusting to a new normalcy," he said. "I did not conduct myself in the Zoom meeting in a manner befitting of a planning commissioner and apologize for any harm I may have inflicted."

After the April 20 meeting, city officials called for Platzer to be removed from his position and the mayor asked the City Council to consider his immediate removal at its next meeting on Tuesday.

At the meeting in question, the city's planning commission met to discuss a local Costco project and the issue of physical distancing, among other topics. The meeting was recorded and is available to be viewed by the public.

When the moderator asked Platzer for comment, a cat could be heard meowing in the background.

"OK, well, I'd like to first introduce my cat," Platzer said, while lifting up the cat to the camera.

He then tossed the cat and a thud could be heard off camera.

In another moment of the meeting, Platzer, who was appointed to his seat in 2016, could be seen drinking what appeared to be a bottle of beer.

After the meeting ended and everyone else had left the call, Platzer could be heard saying, "I'm going to call bull---- on you little b-----s."

This story has been updated with additional details from the meeting.