California fire is now a 'gigafire,' a rare designation for a blaze that burns at least a million acres 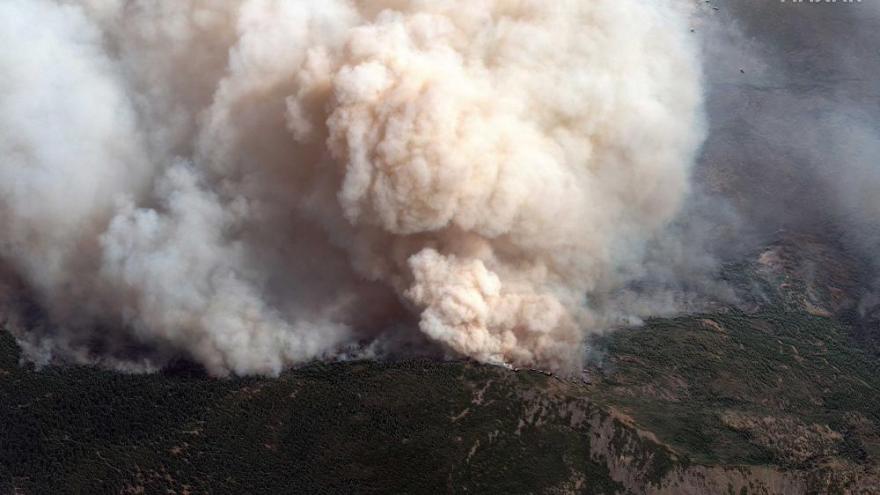 A satellite image shows a close up of an active fire line in the August Complex fire in California on September 14.

(CNN) -- Wildfires have gotten so extreme in recent years that experts have had to coin new terms to describe their increasingly massive scale.

Enter the "gigafire" -- a term for a blaze that burns at least a million acres of land and a level above the "megafire," which burns more than 100,000 acres.

California recorded its first gigafire in modern history on Monday, after the expansive August Complex in the northern part of the state scorched more than a million acres.

The August Complex is now the largest fire in California's history, according to Cal Fire.

The fire, which is now burning across several counties, began as a series of separate fires sparked by lightning strikes in August. Those smaller fires later morphed into the larger complex that firefighters are now battling. The blaze is 58% contained as of Tuesday morning.

The record set by the August Complex comes during an already record-setting year in California.

Blazes across the state have burned four million acres so far, more than double the previous record set in 2018, the state's fire agency said Sunday. This fire season has also produced five of the six largest wildfires in California's history.

It's not the first gigafire in the US

The August Complex isn't the first fire in the US to meet the definition of a gigafire -- though the country hasn't seen fires at this scale in more than a decade.

The most recent gigafire in the US was the Taylor Complex in Alaska, which scorched about 1.3 million acres in 2004, according to the National Interagency Fire Center. The Yellowstone Fire in Montana and Idaho burned about 1.58 million acres in 1988.

The world saw another gigafire earlier this year in Australia, when two fires on the border between Victoria and New South Wales combined to cover about 1.5 million acres.

Scientists and California authorities have blamed the climate crisis for the intensity of this year's fire season.

California wildfires have increased in size eightfold since the 1970s, and the annual area burned by fires has increased by nearly 500%, according to CNN meteorologist Robert Shackelford.