California governor launches campaign to stop recall effort against him 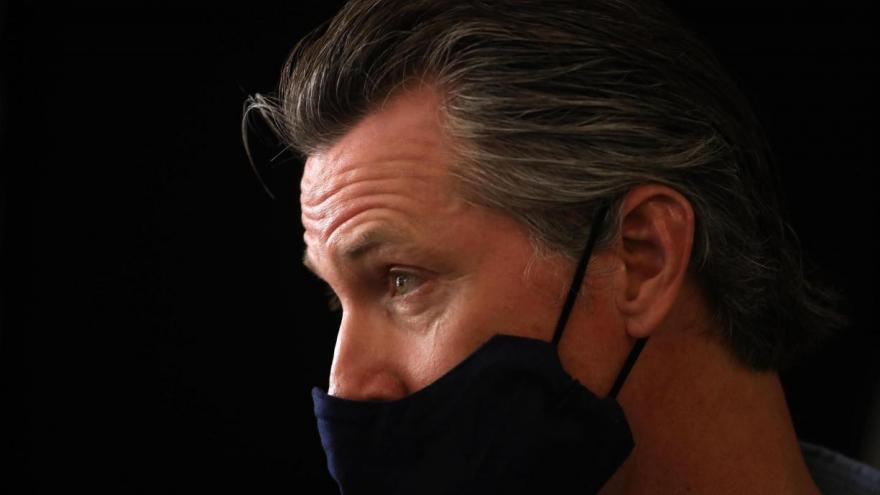 California Governor Gavin Newsom, seen here in this June 3, 2020 file photo, launched a new campaign Monday to stop a recall effort against him.

(CNN) -- California Gov. Gavin Newsom launched a new campaign Monday denouncing a recall effort against him and blasting the calls for his ouster as a Republican-backed movement supported by "anti-vaxxers, Q-Anon conspiracy theorists and anti-immigrant Trump supporters."

A new website launched by Newsom, a Democrat, to combat the recall effort seeks donations and support and is accompanied by a 30-second ad that calls the effort a "power grab." The spot blames "violent White supremacists like the Proud Boys, who attacked our nation's Capitol on January 6" for the push that threatens Newsom's political future.

The effort to recall Newsom began last year, fueled by anger over the restrictions he had put in place to curb the spread of coronavirus in California, but it gained steam as prominent state Republicans threw their weight behind both the organizing and fundraising efforts. Recall proponents have gained momentum in recent weeks, with leaders of the campaign gathering more than a million signatures last month.

Nearly 1.5 million verified signatures are required to put the question of recalling Newsom on the ballot, and Wednesday marks the deadline for turning in the necessary signatures. As of Monday, all indications pointed to Newsom's opponents reaching that goal.

The governor defended his pandemic-related decisions on behalf of California's 40 million residents during his state of the state speech last week, insisting that science has been behind his critical choices made during the year-long pandemic.

"We agonized about the sacrifices it would require," he said of implementing the nation's first stay-at-home order last year. "We made sure that science -- not politics -- drove our decisions."

The California Democratic Party has contributed $250,000 toward Newsom's pushback effort, while the Republican National Committee contributed the same amount toward making the recall happen.

If the recall effort qualifies, it is unclear what month it would land on California's ballot, because there are a series of bureaucratic steps that must take place at various levels of state government before the state's lieutenant governor could formally call the recall election.