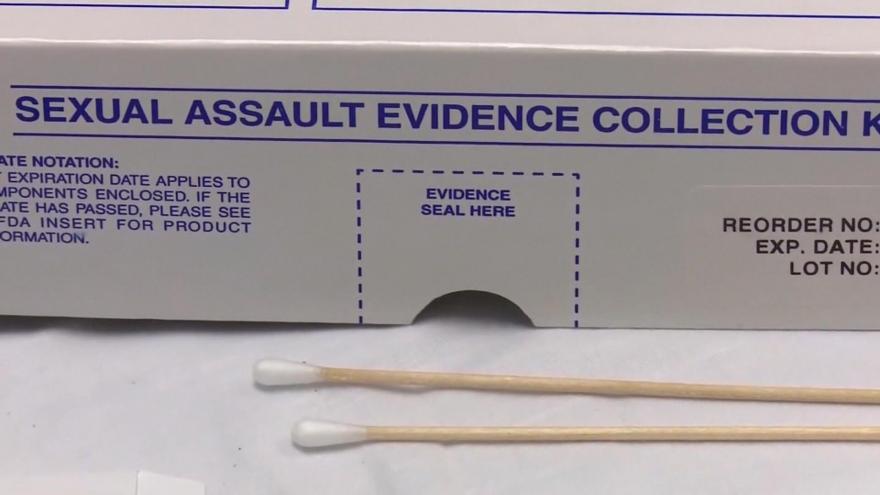 San Francisco District Attorney Chesa Boudin is partnering with legislators on a proposal to ban victim DNA from being entered in searchable databases that could eventually identify them as criminal suspects in unrelated, future cases.

(CNN) -- San Francisco District Attorney Chesa Boudin is partnering with legislators on a proposal to ban victim DNA from being entered in searchable databases that could eventually identify them as criminal suspects in unrelated, future cases.

The proposal comes with an endorsement from San Francisco Police Chief Bill Scott, whose agency recently referred a case to the DA's office in which DNA from a sexual assault victim was used to solve a property crime, six years after the fact. Boudin's refusal to file charges based on the DNA evidence brought the issue to light.

"Victims of sexual assault should be encouraged and supported in coming forward to undergo sexual assault examinations to identify their perpetrator," Boudin said in a news release on Monday. "Instead, the practice by a police crime lab that my office exposed treats victims like criminals."

"It not only violates their privacy, but it dissuades victims from reporting sexual violence -- which makes us all less safe."

The San Francisco Police Department has implemented immediate changes to the handling of victims' DNA and is currently working on permanent policy changes in conjunction with the DA's office and California's Department of Justice.

"When revelations came to our attention about our department's possible misuse of a DNA profile, I ordered an immediate change to our crime lab practices assuring that it doesn't happen again," Scott said in a statement.

In addition to victim DNA, the genetic markers of those close to the victim, like housemates or consensual partners may also be collected in order to eliminate them as suspects.

Neighboring county isn't waiting for legislation to take a stance

"Victim DNA does not go into an offender database, period," said Santa Clara District Attorney Jeff Rosen on Monday. "We want to protect victims of sexual assault, not collect evidence from them that can be used against them later."

Rosen joined Santa Clara County Supervisor Cindy Chavez for a news conference "to make crystal clear" the county is addressing the issue independently of the state and national efforts.

"We want to make sure that all of our policies are airtight when it comes to the DNA rape kit samples collected," said Chavez, who represents the east side of San Jose.