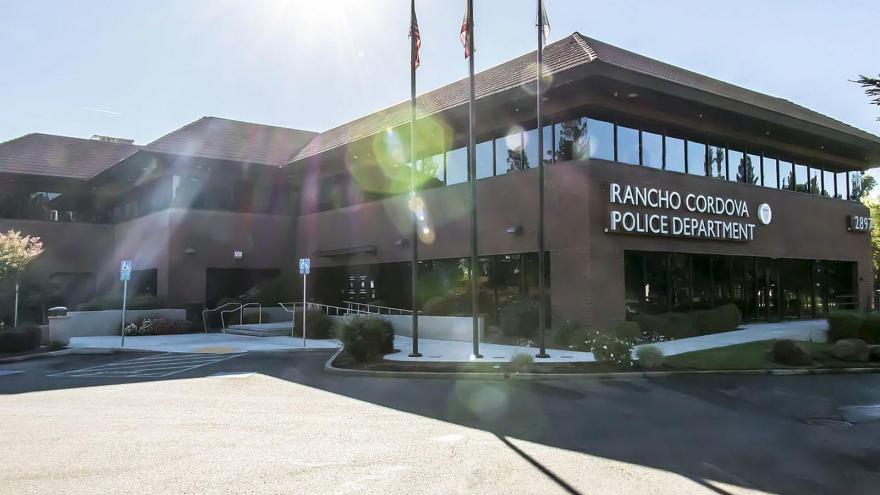 The police and sheriff's departments are investigating the incident.

(CNN) -- A police department and sheriff's office in Northern California are investigating a deputy's use of force after a viral video showed an officer punching a teen lying on the ground while attempting to detain him.

A deputy was patrolling an area of the city after complaints of alcohol, tobacco, and drug sales to minors and "saw what he believed to be a hand-to-hand exchange between an adult and juvenile," according to a statement from the Rancho Cordova Police Department and the Sacramento County Sheriff's Office.

The deputy lost sight of the adult who left the area, then attempted to detain the juvenile for further investigation, the statement said. A 14-year-old boy, who is seen lying on the ground on his back in the video, was "uncooperative" and refused to give out his information, the department said. The teen became "physically resistive" causing the deputy to lose control of his handcuffs, it said, and the deputy attempted to maintain control of the teen without his handcuffs while waiting for backup.

A 15-second clip posted Tuesday on Twitter and viewed more than two million times shows an officer on top of the teen, punching him as he lay on the ground. The video does not show the beginning of the altercation nor its conclusion.

"My baby brother who is 14 years old. All of this over a swisher there's more footage but I wasn't able to upload it all," said a Twitter user who said that she was the teen's sister. "And to add on: my brother has a serious heart condition that could be triggered very easily by being hit in his chest/back! He's a kid and has never been in any kind of trouble with the law! He was very scared and in so much pain!!!"

CNN has reached out to the person who posted the video on Twitter.

'This type of situation is hard on everyone'

Kevin Mickelson, president of the Sacramento County Deputy Sheriffs' Association, said the deputy did not know the teen's age at the time of the incident and suggested his failure to comply with orders prompted the altercation.

"He did not know he was a juvenile at the time," said Mickelson. "Had that person complied with the officer's directives this would be a zero — we wouldn't be talking about this."

Mickelson said he was not concerned by the contents of the video and cautioned it was not yet known what prompted it.

"We're seeing about a minute of video of an incident that lasted maybe 10 minutes, and we don't know what led up to this," he said.

Julián Castro, a former presidential candidate and secretary of the Department of Housing and Urban Development, shared the video on Twitter, calling it "sickening" and calling for action in the case.

"This video of a @RanchoCordovaPD officer beating a 14-year-old is sickening, and demands immediate action," he said. "How many of these videos must we see before we do something about police violence in this country?"

The statement on the police department website says the teen initially told the deputy he was 18 years old and the deputy later recovered tobacco products from him. The teen was cited and released to his guardians, according to the department, but the statement did not detail charges against the teen.

The sheriff's office and police department are investigating use of force by the deputy "in order to gain a complete and thorough understanding of the events that took place during this incident," the statement said.

"This type of situation is hard on everyone -- the young man, who resisted arrest, and the officer, who would much rather have him cooperate," the statement said.