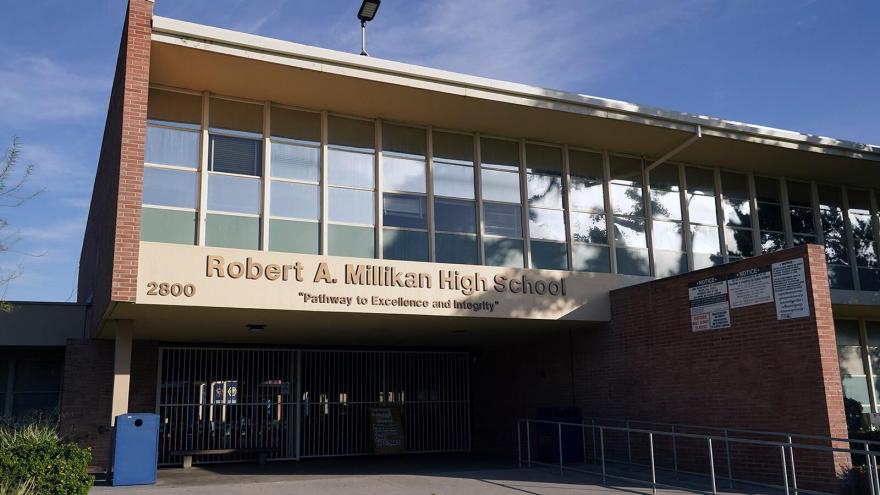 Eddie Gonzalez, 51, is currently in custody at the Long Beach jail, according to a Long Beach police spokesperson. His bail is set at $2 million.

CNN has reached out to Gonzalez's attorney for comment.

"We must hold accountable the people we have placed in positions of trust to protect us," Gascon said. "That is especially true for the armed personnel we traditionally have relied upon to guard our children on their way to and from and at school."

Gonzalez was patrolling an area near Millikan High School in Long Beach on September 27 when he noticed a fight between Manuela Rodriguez, 18, and a 15-year-old girl, the police said. As Rodriguez and two others attempted to flee the scene in a nearby vehicle, the school safety officer allegedly fired his handgun at the sedan, striking Rodriguez.

Rodriguez was taken to a hospital and died from her injuries approximately a week later, Gascon's office said.

The Long Beach Board of Education fired Gonzalez on October 6 for violating the district's use-of-force policy, which instructs its safety officers not to shoot at a fleeing person, moving vehicle or through a vehicle window unless "circumstances clearly warrant the use of a firearm as a final means of defense," the policy states.