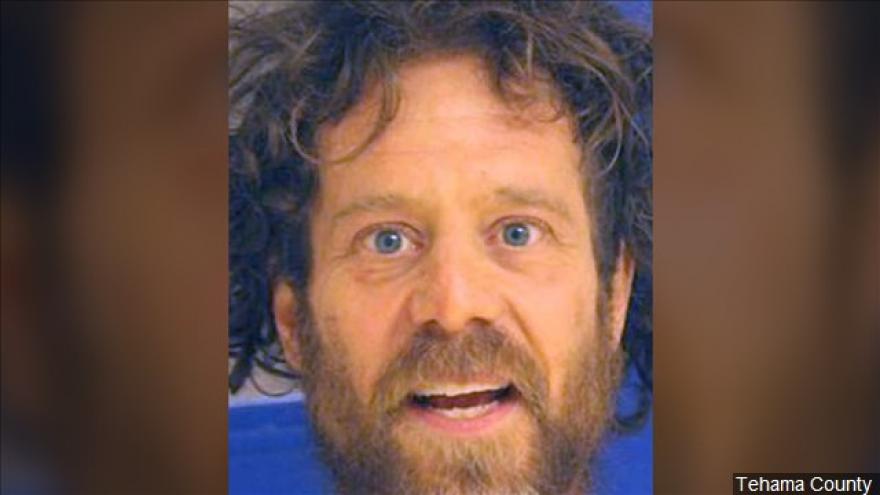 Kevin Neal has been named as the shooter in the Northern California shooting that left several people dead. Photo courtesy Tehama County

(CNN) -- A man who killed five people in Northern California this week was "deranged and paranoid," and was under investigation for a stabbing involving two neighbors, authorities say.

Kevin Neal killed his wife Monday night on the eve of the shootings and stuffed her body under the floor in his home, according to police.

A few hours later, he went on a rampage that included a stop at an elementary school, where he crashed his car through a locked gate and fired numerous shots into the school.

With the discovery of his wife's body, Neal killed five people and injured 10 others Tuesday morning in shootings that spanned at least seven sites in Rancho Tehama, authorities said. Police shot him dead near Corning the same day.

Tehama County District Attorney Gregg Cohen described him as a "deranged, paranoid killer" who was under prosecution by his office on several charges related to a confrontation with two female neighbors.

Neal was not supposed to own weapons following the incident with his neighbors in January, according to Cohen.

He fired shots at the women, stabbed one and held them hostage, Cohen said. After he made $160,000 bail, he was accused of repeatedly harassing the women, leading to a protective order against him in February.

Shooter built his own guns

Neal was ordered this year to give up his firearms as part of a protective order, officials said.

Johnston said he did not know whether Neal had surrendered the weapons.

The shooter illegally manufactured guns he used Tuesday, officials said. Handguns recovered by police were not registered to him, Johnston said.

Neal "was not law enforcement friendly" and authorities had come to his house several times after complaints that shots were fired from the property, Johnston said.

Neal's sister told CNN's Sara Sidner that he has struggled with mental health issues for at least 20 years.

"My mom spent a great deal of her time and nearly all her energy trying so hard to placate him," said Sheridan Orr, who was with her distraught mother in North Carolina.

Neal's mental state began a steep decline about a year ago, and the family had tried to get him help, she said.

The shootings started in Neal's neighborhood shortly before 8 a.m. Tuesday. There, he killed a woman neighbor who had a protective order against him, Johnston said.

Neal had been arrested and charged in January on suspicion of assaulting her with a deadly weapon, he said.

He then stole a pickup truck and went on a 25-minute rampage in town, shooting at homes, motorists and eventually the school, apparently at random, Johnston said.

Wearing a tactical vest and armed with extra magazines, he attempted to enter classrooms at Rancho Tehama Elementary School -- about 2 miles from his home. The staff heard gunfire and locked doors and rushed students inside, where they hit the floor underneath desks and tables.

The shooter rammed the stolen pickup through the school's locked gate, walked into the schoolyard and fired his rifle through windows and walls.

He could not get inside. Apparently frustrated, he left six minutes later, Johnston said.

Before reaching the school, he had fired from his vehicle at passing motorists and homes.

After leaving the school, the shooter intentionally crashed the pickup into a car. He exited the truck and gunned down at least one person there, Johnston said.

He then stole someone else's sedan and "went back on his rampage," Johnston said.

Eventually, two police officers encountered him at an intersection and returned fire, killing him.

Aside from the first shooting in his neighborhood, the killer appeared to be shooting people at random and did not have any connections to the school, police said.