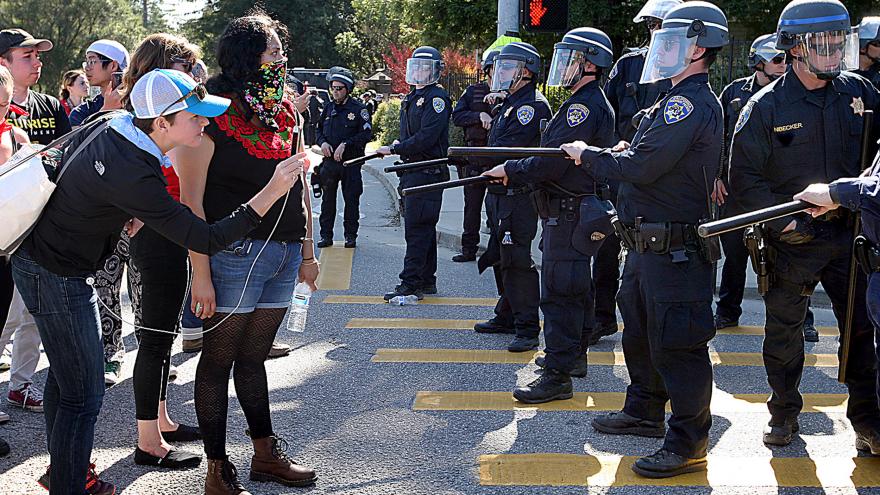 (CNN) -- Fifty-four teaching assistants at the University of California, Santa Cruz were fired after they refused to turn in final fall grades as part of an ongoing strike for higher wages.

"It is extremely disappointing to us that we have to take such a drastic step, but we ultimately cannot retain graduate students as teaching assistants who will not fulfill their responsibilities," Lori G. Kletzer, the school's interim campus provost and executive vice chancellor, wrote in a letter to students and staff on Friday.

About 200 graduate students at the northern California campus starting withholding grades in December, demanding an increase in wages of $1,412 that would help them cover rent near the school. Earlier this month, the students started holding protests on campus and many stopped teaching, holding office hours and conducting research.

The strike, which is not authorized by the union that represents the graduate student employees, is in violation of the current bargaining agreement, the university said.

UCSC President Janet Napolitano and other university officials have continuously expressed their disapproval of the student's actions. In a February 14 letter to the university community, Napolitano said she won't accede to the student's demands because it would "undercut the very foundation of an agreement negotiated in good faith" by the union.

"We are sympathetic to the high cost of housing in Santa Cruz and the pressure this puts on TAs, but a wildcat strike is not the way to get relief," Napolitano said in the letter.

On Friday, 54 students who already had teaching jobs for the spring quarter received letters from the university saying they were being dismissed from their positions, the student activists said.

The group said that about 28 others, who were part of the strike, were notified Friday that they will no longer be considered for teaching positions.

"In response to this grave administrative escalation, we call for the cancellation of classes on Monday and for everyone to join us on the picket for a press conference at 9 am," read a posting on the student activists' website.

A representative for the union that represents more than 19,000 academic workers across the University of California system said she was surprised by the university's decision.

"We are shocked by UC's callousness, and by the violence that so many protesters experienced as they peacefully made the case for a cost of living increase," said Kavitha Iyengar, president of UAW Local 2865, in a statement. "Instead of firing TAs who are standing up for a decent standard of living for themselves, UC must sit down at the bargaining table and negotiate a cost of living increase."

Last week, the university filed an unfair labor practice charge against the union, claiming the union has failed to stop the wildcat strike by the graduate students as it is required to do by the collective bargaining agreement.

The union responded by filing its own unfair labor practice charge, alleging the university has refused to meet with the union to negotiate a cost of living adjustment.

Kletzer said the university recognizes the students' financial and housing challenges and officials are already working in ways to support them.

Some of those efforts include an annual $2,500 housing supplement and the creation of two temporary housing assistance programs as well as a working group to develop a strategic plan for graduate program support.

"The students have highlighted a real need for greater support because of the high cost of housing in Santa Cruz and limited campus housing available to them," Kletzer said.