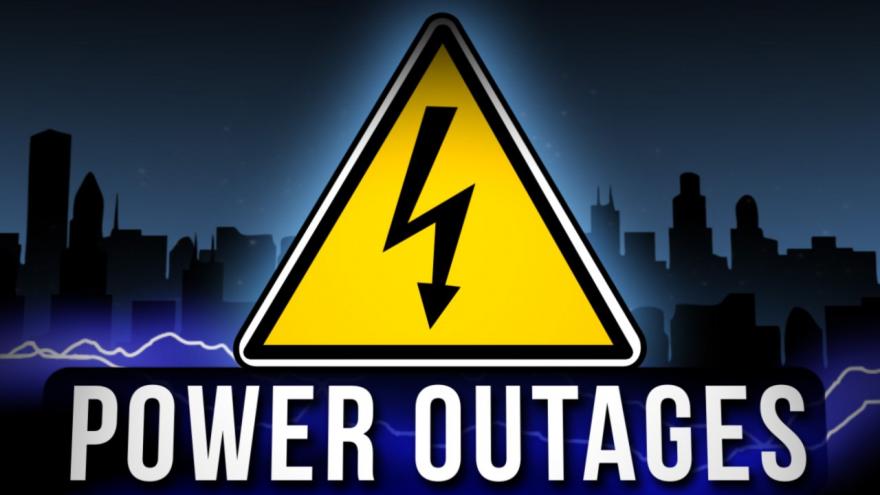 SAN FRANCISCO (AP) — Lights went out across large portions of Northern California on Wednesday as the state's largest utility began its second massive blackout in two weeks and hinted that more outages could come this weekend due to the return of dangerous fire weather.

Pacific Gas & Electric Co. said the rolling blackouts stretching from the Sierra foothills in the northeast to areas north of the San Francisco Bay Area would ultimately impact a half-million people — or nearly 180,000 customers — in 17 counties.

In a televised briefing Wednesday night, Johnson defended the unpopular power outages that the utility says are necessary to reduce the risk of wildfires during periods of high wind, hot weather and low humidity.

He also pains to address growing criticism, saying the company was doing a better job this time around communicating with the public, "working in lockstep" with local governments and state agencies and made sure its website where customers can get information was working well, after repeatedly crashing during the earlier outage.

The current outages will last about 48 hours, the utility said. But its seven-day forecast shows a likelihood of another planned blackout across a much larger area starting Saturday, when even heavier winds are expected to move through.

"There could be another round of safety shut-offs this weekend into early next week. The timing isn't clear yet," said Johnson.

PG&E meteorologist Scott Strenfel said of the weekend weather: "This could be the strongest wind event of the season, unfortunately."

Strenfel called the current wind event a "California-wide phenomenon." Conditions should begin easing in the northern part of the state around midday Thursday, when crews will begin inspecting lines to make sure they're safe to re-energize.

That's when Santa Ana winds are expected to begin whipping up in the south. Southern California Edison said it could cut power Thursday to more than 308,000 customers in seven counties, and San Diego Gas & Electric was warning of power shutoffs to about 24,000 customers.

With winds forecast to top 60 mph (97 kph), utilities worried branches and debris could be thrown into power lines or topple them, sparking wildfires.

Two weeks ago, a PG&E blackout affected nearly 2 million people from Oct 9-12, prompting feelings of frustration and resignation among residents and business owners who are finding the new routine both inconvenient and expensive.

The small city of Calistoga, in the Napa Valley, known for its hot springs and wineries, was among those hit by Wednesday's outage.

"It's very frustrating," said Michael Dunsford, owner of the 18-room Calistoga Inn, which has rented two powerful generators for the month at a cost of $5,000. Like many, he feels the outages need to be better managed, better targeted and less expansive.

"Right now, we have no wind. Zero. I don't even see a single leaf blowing. Did they really have to cut the power right now?" he said, shortly after the lights went out Wednesday afternoon and he revved up the generators. "When the wind picks up to 40 mph maybe that's a good time to close the power."

"They're not appreciating enough the impact this has on everybody," he said about PG&E.

Some of the frustration was being taken out on PG&E employees, said the company's CEO.

Johnson said Wednesday that a PG&E employee was the target of what appeared to be a deliberate attack in Glenn County. He said a projectile that may have come from a pellet gun hit the employee's front window.

"There is no justification for this sort of violence," Johnson said. "Wherever you see crews they are there to help you."

Sonoma County Supervisor James Gore said PG&E was better this time about getting information to people who would be affected, but he was still astonished by the need to resort to largescale blackouts.

"I am a big believer in shutdowns to prevent fires. But the thing that erodes public trust is when it doesn't make sense," he said. "You say, 'God, I know if we can put a man on the moon ... we can manage a (power) grid.'"

California Gov. Gavin Newsom sent a sharply worded letter to Johnson on Tuesday, blaming the unprecedented mass outage earlier this month on the company's failure to maintain and upgrade its equipment.

"I believe the unacceptable scope and duration of the previous outage — deliberately forcing 735,000 customers to endure power outages — was the direct result of decades of PG&E prioritizing profit over public safety," Newsom wrote, referring to the number of businesses and households affected, not the total number of people.