California's oldest state park has been extensively damaged by wildfires 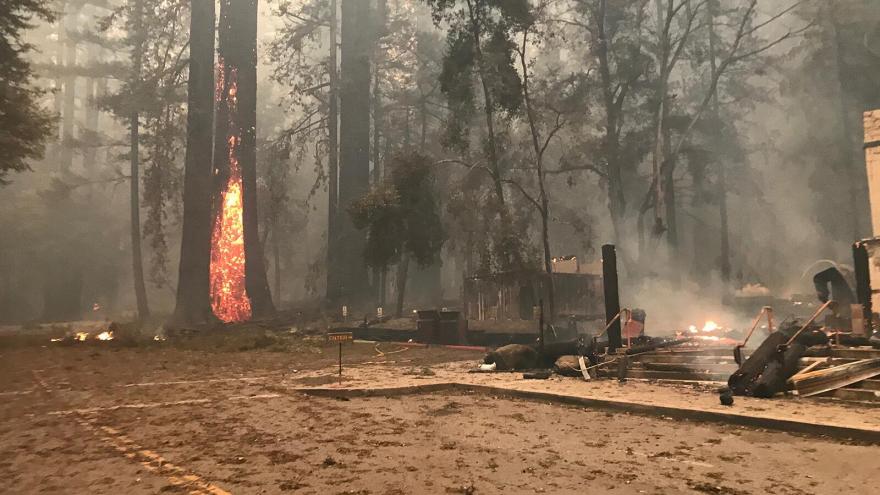 Big Basin Redwoods State Park endured extensive damage from the CZU Lightning Complex Fire in Santa Cruz on Tuesday, according to a press release from the California Department of Parks and Recreation.

The CZU Lightning Complex is an active fire ignited by lightning on Monday, wreaking havoc on various locations across San Mateo and Santa Cruz Counties, according to Cal Fire.

All campers, visitors and staff had to be evacuated Tuesday as the CZU Lightning Complex Fire swept through the park, known for its groves of redwoods.

Staff members are working to verify if additional structures have been damaged. Since fire conditions are extreme and rapidly changing, it has been difficult to assess the full damage.

"California State Parks is saddened by the devastation the wildfire has caused, not only to California's oldest state park but the surrounding community in the Santa Cruz area," a park official said.

The Sempervirens Fund, a nonprofit focused on preserving redwood forests in the Santa Cruz mountains, called the wildfire "catastrophic." The fund worked with the state to acquire the land and establish the state park in 1902, leading to the creation of the California park system, which became a model for other states.

With thousands of people visiting the park each year to observe the redwoods, the organization has received an outpouring of messages from people around the country saddened by the devastation to the beloved park, according to Sempervirens Fund Executive Director Sara Barth.

"For millions of people from around the world this is the place where they first experienced redwoods," Barth said. "There are many stories of people who have brought their families to this park over multiple generations."

Despite the extensive damage, there is hope that the park will be reborn due to the resiliency of the redwoods.

Redwood trees are extremely fire resistant and many can survive or sprout new growth following a wildfire. Coastal redwoods can live for up to 2,200 years, Sempervirens Conservation Director Laura McClendon told CNN.

As a species, they have been around since the dinosaurs. They used to cover the Western United States as far east as Denver, but have shrunk back as a result of climate change, according to McClendon.