Cambridge Analytica contractor agrees to give interview to House intel 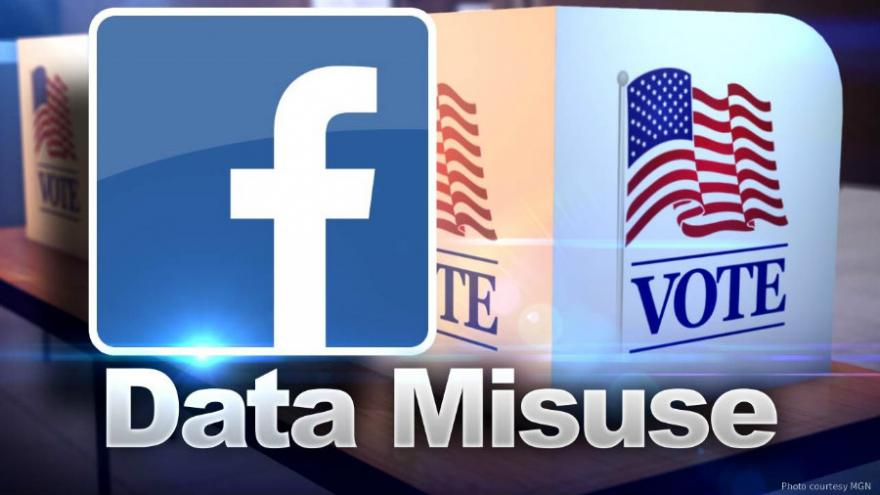 (CNN) -- A former Cambridge Analytica contractor and Facebook officials on Tuesday agreed separately to speak to Congress amid growing calls on Capitol Hill for the election data firm and the social media giant to explain how 50 million Facebook users' data was used in the 2016 election.

Christopher Wylie, the Cambridge Analytica contractor who has spoken out in recent days about the company, agreed to give an interview and documents to House Intelligence Committee Democrats, according to a committee official. A spokesman for Wylie also confirmed this to CNN.

The decision comes after Wylie spoke out about how his former firm, which worked for President Donald Trump's campaign, allegedly gained access to information about 50 million Facebook users.

In a sign of the growing controversy, Facebook representatives are planning this week to brief staff of the House and Senate Intelligence, Judiciary and Commerce committees about the scandal, a company spokesperson told CNN.

California Rep. Adam Schiff, the top Democrat on the House Intelligence Committee, invited Wylie to testify before the committee's Democrats on Monday.

Wylie's agreement to come before the panel, which was first reported by The Washington Post, is a boost for Democrats in their effort to continue the Russia probe after Republicans ended the full committee's Russia investigation and are set to officially approve their report on Russian election meddling Thursday.

Schiff also called for the committee to bring in Facebook officials and again question Nix, who previously testified via video conference last year.

Rep. Mike Conaway, the Texas Republican who led the committee's Russia investigation, said he did not plan to call in Nix or other officials — saying the Russia investigation was over, and it was up to Intelligence Committee Chairman Devin Nunes to decide on future witnesses.

"I have no intention of bringing any other witnesses for the Russia investigation," Conaway said. "Obviously, we're concerned about what was going on there, whether or not they broke campaign finance laws or those kinds of things. If Chairman Nunes wants to bring them in I'd certainly support that."

Schiff is hardly the only Democrat who wants to information from Wylie, Nix and Facebook.

The top Democrat on the House Judiciary Committee Jerry Nadler of New York, sent a letter to the panel's chairman, Bob Goodlatte, urging him to invite Wylie.

"I write to request a hearing on the alleged theft of US person user information, the use of that information in the 2016 presidential campaign, and the continued security risk that information poses in the hands of Cambridge Analytica and its associates," Nadler wrote in the letter. "Each of these issues falls squarely within the Committee's jurisdiction."

Virginia Sen. Mark Warner, the top Democrat on the Senate Intelligence Committee, has also expressed an interest in talking to Zuckerberg, as well as Cambridge Analytica officials.

"I've said for a long time we need to see the CEOs," Warner said of Facebook and other social media companies.

Senate Intelligence Chairman Richard Burr said it was "too early" to know yet whether his committee needed to speak to Cambridge Analytica as part of its investigation into Russian meddling and social media.

"If there's something to learn from Cambridge Analytica, then we'll bring them in. But we don't even know yet what they did, who they got their data from — they didn't get it from Facebook," Burr said. "Let this sort itself out. Let us do our investigation. Let us understand what we need to ask them if we bring them in; it may be we can answer all the questions without bringing them in."

Some Republicans have also expressed an interest in talking to Facebook in the wake of the Cambridge Analytica reports.

Senate Judiciary Chairman Chuck Grassley, an Iowa Republican, called the Facebook breach a "serious issue" and says he is taking the request of holding a hearing with Zuckerberg "under advisement."

California Sen. Dianne Feinstein, the committee's top Democrat, warned that if Facebook won't police themselves, "we will."

This story has been updated to include comment from Senate Intelligence Chairman Richard Burr of North Carolina.