Camels ejected from beauty contest over Botox use and other 'tampering' 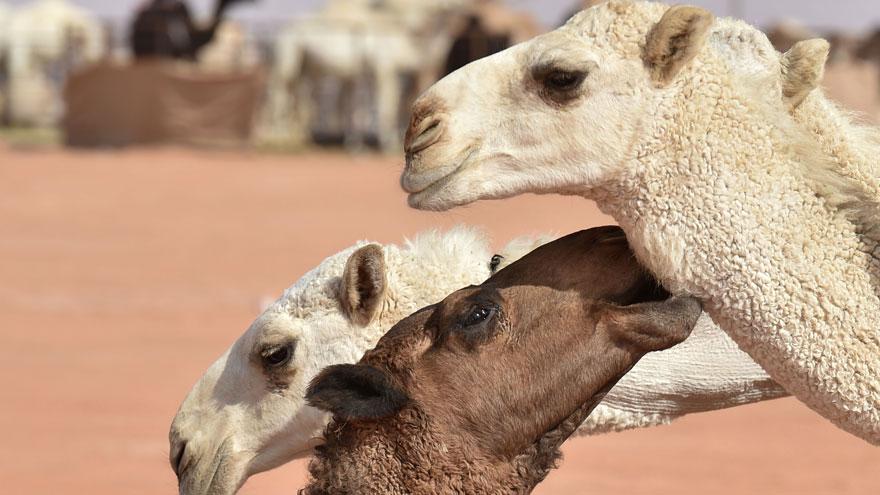 (CNN) -- Organizers of a popular camel beauty contest in Saudi Arabia have disqualified 43 contestants after cracking down on Botox injections and other forms of "tampering" by breeders.

The 40-day King Abdulaziz Camel Festival, located about 100 kilometers (62 miles) northeast of the capital, Riyadh, launched at the beginning of December. In its sixth year, it sees breeders compete for more than $66 million in prize money, according to Saudi state media outlet Saudi Press Agency (SPA), so the stakes are high.

Unscrupulous breeders have been accused of using a number of methods to make their camels more likely to win, such as injecting silicone and fillers, and inflating body parts using rubber bands to enhance their appearance, reports SPA.

This year, organizers have dealt with 147 cases of tampering -- the largest number since the festival began. Forty-three contestants were disqualified.

Marzouk Al-Natto, spokesman for the festival's legal committee, said that breeders found to be tampering have to pay fines which vary according to the offense, reports SPA.

In order to detect tampering, the camels are examined both physically and clinically, using devices such as X-ray machines and sonar devices.

The owners of winning camels receive cash prizes, and the recognition means they can sell the animals for higher prices.

Rare camels are big business in Saudi Arabia. An estimated 1.5 million of the animals are protected by their owners using microchips, according to SPA.

Camels are an important part of Saudi culture. The animals are well-adapted to life in deserts such as the Arabian Desert, large parts of which lie within the kingdom of Saudi Arabia.