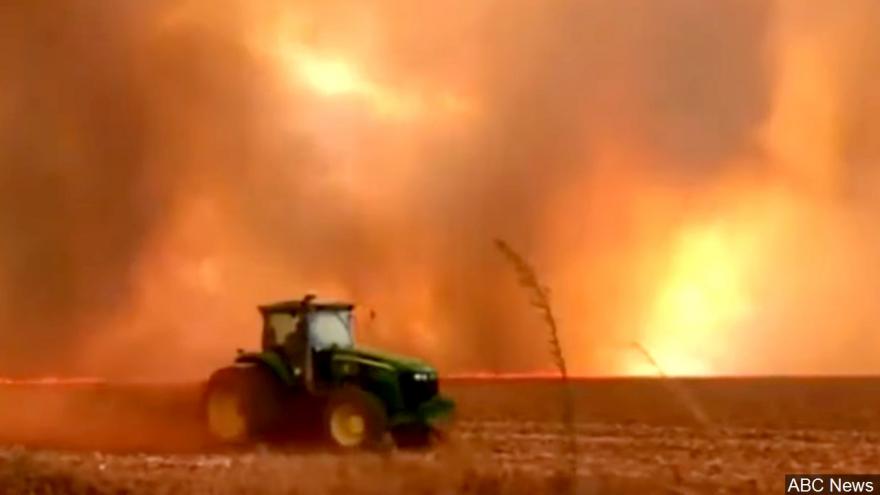 "People around the world are shocked and devastated to see the Amazon engulfed in flames," he said at a news conference during the conclusion of the G7 Summit in France.

The leader said Canada is offering to send water bombers and $15 million to help the affected regions.

Trudeau also added that Canada's Minister of Foreign Affairs Chrystia Freeland had already "reached out to her counterparts in Brazil and Bolivia" to offer aid.

"We could pretend that the situation in the Amazon is just part of a natural cycle but that's not exactly what's going on here," Trudeau said Monday. "The toll of human activity and extreme weather events on our communities, our environment, our health and our world will continue to climb unless we take decisive action."

G7 country leaders have already applied pressure on the Brazilian government to respond to the fires. Some of the countries -- which include Canada, France, Germany, Italy, Japan, the United Kingdom and the United States -- said they would block a trade deal between the European Union and Brazil's economic and political bloc unless the country takes action.

Other political and civil society leaders as well as celebrities around the world have also called for an end to the destruction of the forest.

The Amazon, often referred to as "the planet's lungs," has been burning at an alarming rate this year -- the highest rate since 2013. More than one and a half soccer fields of Amazon rainforest are being destroyed every single minute, according to Brazil's National Institute for Space Research.

And that's a big deal.

It also helps regulate the temperature of the entire planet and without it, climate change could become irreversible.

"We believe that climate change is a real and existential threat to our planet and that's why as a country and as a government we have moved forward unequivocally in leadership on climate change," Trudeau said.