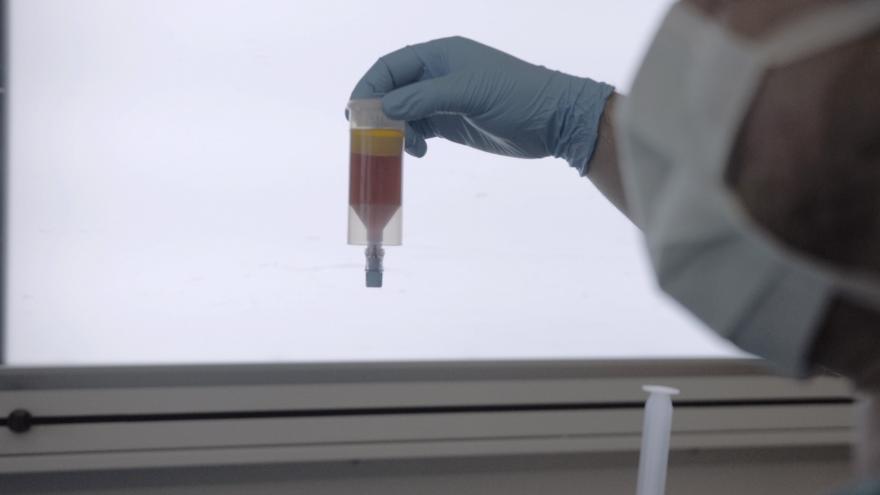 A freezer malfunctioned at the Children\'s Hospital Los Angeles, destroying stored blood stem cells for 56 patients, some of whom are fighting cancer. Source: Samantha Bresnahan/CNN
By Faith Karimi, CNN

(CNN) -- A freezer malfunctioned at the Children's Hospital Los Angeles, destroying stored blood stem cells for 56 patients, some of whom are fighting cancer.

In a statement Wednesday, the hospital apologized and said it has sent letters to all affected families and set up a phone line for parents to call if they have any questions. It said no child's health is in danger.

"These blood stem cells, all of which were collected from patients, were in long-term storage. We routinely collect cells early in a child's course of oncology therapy for possible future use. When excess cells are not needed, they remain in storage in the unlikely event that they could become helpful in the future," the hospital said.

The freezer's temperature sensors failed and the safeguards put in place were insufficient, the hospital said. It has since implemented several changes, including replacing the malfunctioned freezer, upgrading the sensor monitoring and alert system, and double-checking all power supply sources.

Elizabeth Anderson, whose son was one of those affected, told CNN affiliate KABC that the hospital addressed the letter to her son notifying them of the failure. Her son, Sean, said he went through a grueling process to get the stem cells, and burst out crying when he read the letter.

"Once you're through that whole process of doing all the treatment, you've damaged your body," Elizabeth Anderson told the affiliate, who worries her son's cancer may return. "That's how damaging chemo is or the radiation alone. And so it's the same with the stem cells. He doesn't have that as an option to just collect more."

Sean underwent stem cell therapy after he was diagnosed with neuroblastoma, a type of cancer that develops from nerve cells. He has been cancer-free for nearly three years, and his mother said if she'd known what was in the letter, she'd not have let him read it.

"Were there to be a recurrence of disease that required stem cells, the patients can have their stem cells collected again," Stein told the affiliate.

Stem cells can develop into different cell types in the body, and can also serve as an internal repair system by dividing to replenish other cells in living human beings and animals.

In addition to the failed freezer, the hospital also apologized for addressing the letters to the children and said it's reviewing its notification process.