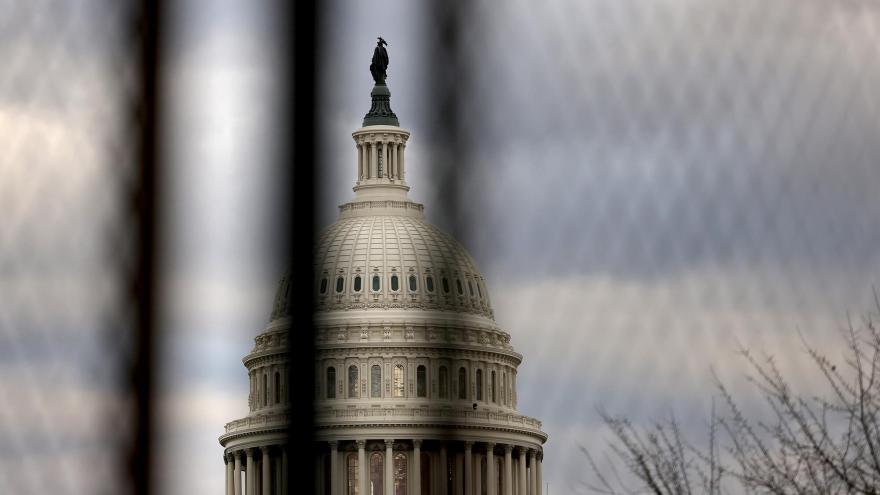 The Capitol Building was put on alert after a small fire several blocks away. Pictured here, the Capitol dome is seen beyond a security fence on January 17 in Washington, DC.

(CNN) -- A small fire at an apparent homeless encampment less than a mile away from the US Capitol Building on Monday prompted the building to enter lockdown, a reflection of the heightened state of alarm at the complex.

The incident involved a tent near the Capitol Building, DC Fire and EMS spokesman Vito Maggiolo said. The fire was on the 100 block of H St SE, authorities said, and was reported extinguished around 10:30 a.m. ET. There were no injuries.

The report prompted US Capitol Police to tell people inside the building to stay inside, away from windows and to not leave due to what was initially described as an outside security threat. The city's security around its downtown has been significantly strengthened in the wake of the deadly riot earlier this month and President-elect Joe Biden's inauguration.

Capitol authorities evacuated the west front of the building as well as the first-floor crypt.

"I just tried to leave (the Longworth House Office Building) after getting my Covid test, only to be told that the building is now on lockdown. Apparently some external threat. Propane tanks under some bridge. Stuck in my office," a Democratic congressman told CNN.