Car explosion that killed 3 was a murder-suicide, officials say 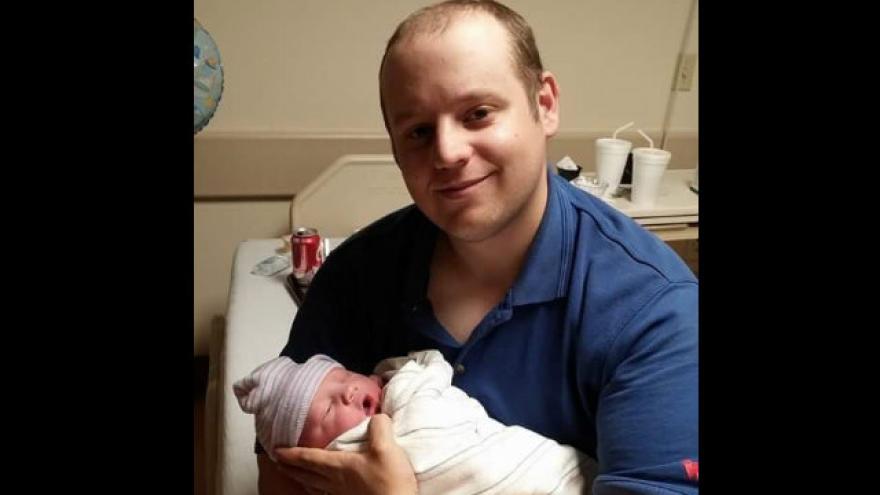 Jacob Schmoyer and his baby son Jonathan were both killed in the explosion in a car on Saturday in Allentown, Pennslyvania. Photo courtesy Tina Schmoyer

(CNN) -- A man killed in a car explosion over the weekend in Allentown, Pennsylvania, intentionally carried out the blast that also killed his 2-year-old son and another man, authorities said Thursday.

Jacob Schmoyer, 26, revealed his intentions in four letters sent to his family and law enforcement, said Don Robinson, special agent in charge of the investigation for the Bureau of Alcohol, Tobacco, Firearms and Explosives.

"All the letters indicated that Mr. Schmoyer was to blame. He took blame for it."

The explosion occurred around 9:30 p.m. Saturday in Allentown, about 60 miles north of Philadelphia, killing Schmoyer, his son, Jonathan, and David Hallman, 66, an associate of Schmoyer's, Robinson said.

Two letters "indicated that (Schmoyer) intended to target Mr. Hallman, and in one of the other letters we were able to confirm that he intended to take his son with him also."

Robinson said investigators had confirmed Schmoyer and Hallman made contact in the hour before the explosion and immediately before it but did not provide further details.

A letter sent to the Allentown Police Department also specified the materials used in the construction of the device that set off the explosion.

Robinson said the "crux of the letters" revealed Schmoyer was "very unhappy with his life." He "described himself in negative terms" and admitted to other petty crimes, the agent added.

Authorities are still working to confirm the authenticity of the letters, Robinson said, but they are "very confident" they came from Schmoyer.

Authorities on Friday did not detail what components were used in the construction of the device.

Robinson suggested the materials were not explicitly illegal, and that was the "problem" with homemade explosives.

Robinson said there were two explosives in the vehicle, but only one went off. It was likely placed in the car's center console or near it.

Asked about how Schmoyer knew how to construct the bomb, Robinson said that "unfortunately that kind of information is out there."

John Gallagher, chief of the Allentown branch of the US attorney's office, condemned the use of a bomb to carry out a suicide, especially since the area in which the explosion occurred was busy on Saturday night.

"This was an individual who intentionally set out to commit suicide, and do it in the most violent and most destructive way he could conjure up," Gallagher said.