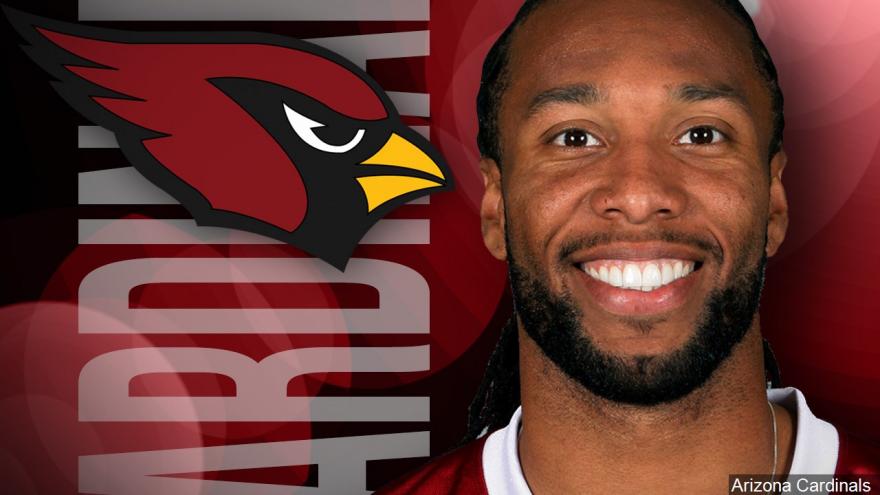 In the letter, which was published by Sports Illustrated, Fitzgerald recalls a 2013 visit to Vietnam, where he toured the places where McCain was tortured as a prisoner of war during the Vietnam War. As the letter notes, McCain spent six Christmases as a POW.

"I saw the very jail cell where he was held as a POW and I tried to imagine what it must have been like to be him. I took a photo of myself next to his flight suit, the suit he was wearing when he got shot down," Fitzgerald wrote. "So powerful. So meaningful. Those images will never leave my mind."

McCain, now 81, was diagnosed with a brain tumor in July. Earlier this month, it was announced that he would return home to Arizona to recover from cancer treatment instead of returning to the Senate to vote on a finalized version of the GOP-backed tax plan.

Fitzgerald, who could be in the final NFL season of his career, offered his prayers to McCain and his family.

"Senator John McCain again finds himself in a battle. This time it's with cancer, and the treatment he's undergoing is exhausting. I'll wish him a Merry Christmas today, and I pray he lives another 20 years," he wrote. "As soon as my boys are of age, I'll tell them stories about the quality of the man I've gotten to know. I'll tell them: Senator John McCain will be revered and respected for as long as the United States of America has a place in this world, and his legacy will outlive us all."

Fitzgerald said that although he and McCain, a serious Cardinals fan, have become closer over the years, they've never spoken about his time as a POW.

"I have so much admiration for him, and I wanted to share why that admiration has become so strong," Fitzgerald wrote. "The Christmas season is the perfect time to do that."

Though not political, Fitzgerald said, he admires McCain for voting with his conscience, adding that it "can seem like a rare quality these days."