Cases of Covid-19 in children on rise, with highest 1-week spike yet 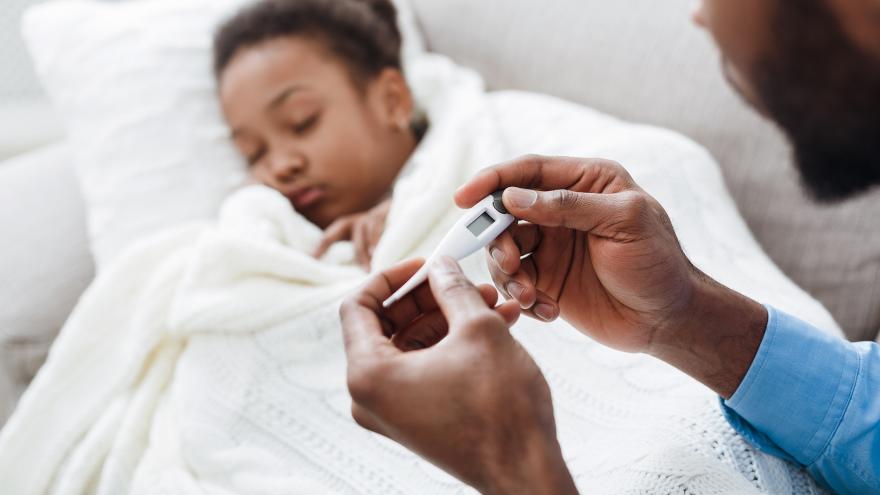 Originally Published: 02 NOV 20 17:50 ET
By Sandee LaMotte, CNN
(CNN) -- Soaring case counts around the country are impacting children at "unprecedented levels," according to new numbers released Monday by the American Academy of Pediatrics and the Children's Hospital Association, which are tracking data reported by state health departments.

There were 61,000 new cases in children during the last week of October, "which is larger than any previous week in the pandemic," the AAP said in a statement. From the onset of the pandemic through October 29, more than 853,000 children have tested positive for Covid-19, the AAP said, including nearly 200,000 new cases during the month of October.

"This is a stark reminder of the impact this pandemic is having on everyone -- including our children and adolescents," said AAP President Dr. Sally Goza in the statement.

"This virus is highly contagious, and as we see spikes in many communities, children are more likely to be infected, too," Goza said.

Yet these numbers are likely an undercount, the AAP said. Because symptoms in children are often mild and can look like common colds or viruses, many children go untested.

Typical symptoms of Covid-19 in both children and adults include a fever of 100 degrees Fahrenheit or higher, a dry cough, difficulty breathing, headaches, digestive issues, body aches and fatigue, runny nose, sore throat and sneezing.

Unusual symptoms can include "Covid toes" -- a reddish tinge to toes and other extremities, a sudden loss of taste and smell and conjunctivitis, a highly contagious condition also known as pink eye.

However, early research has suggested children may not get fever, cough or shortness of breath as often as adults. Fever and cough was found in 56% and 54% of children in one study, compared to 71% and 80% of adults, according to the US Centers for Disease Control and Prevention. Shortness of breath was found in only 13% of pediatric patients, compared to 43% of adults. Sore throat, headache, muscle pain, fatigue and diarrhea were also less commonly reported in children.

While cases of severe illness due to Covid-19 appears to be rare among children, severe illness has been reported, most often in infants less than a year.

When children did need to be hospitalized, the CDC found, one in three needed to be treated in the intensive care unit -- the same rate as for adults.

Adolescents between the ages of 12 and 17, according to an early October report by the CDC, were about twice as likely to test positive for Covid-19 than kids between 5 and 11 years old.

More severe cases of Covid-19 were most likely to be found in children with underlying health conditions, the CDC said, with chronic lung disease, including asthma, the most commonly reported condition (55%). While in smaller percentages, children withdisability (9%), immune disorders (7%), diabetes (6%), psychological conditions (6%), cardiovascular disease (5%) and severe obesity (4%)notably had severe cases of Covid-19 as well.

There is an "urgent" need for studies and more data on how the virus may affect a chlld's health long-term, both physically, emotionally and mentally, the AAP says.

"Not only are children feeling the direct effects of the virus and becoming ill, but the pandemic has transformed their lives at critical stages of development and education," Goza said.

"I'm very concerned about the long-term harms that children may suffer, particularly Black and Hispanic children, who are suffering a higher number of infections," she said. "This includes not only children who test positive for the virus, but everyone in these communities who are suffering disproportionate emotional and mental health harms."

A need for caution

Colder temperatures are driving many people inside, into closer quarters, where the virus can more easily spread. In addition, upcoming holiday travel may put both children and adults at greater risk as family gather.

Considering the rising numbers of cases and hospitalization around the country at this time, the AAP is urging families to take greater precautions and consider canceling any Thanksgiving or other holiday plans.

"We can help protect everyone in our communities by keeping our physical distance, wearing masks, and following other recommendations from our doctors and public health experts," Goza said.

"We are entering a heightened wave of infections around the country. We would encourage family holiday gatherings to be avoided if possible, especially if there are high risk individuals in the household," said Dr. Yvonne Maldonado, who chairs the AAP Committee on Infectious Diseases.