Casey White, the Alabama prisoner who escaped with a corrections officer, has been indicted for murder in her death 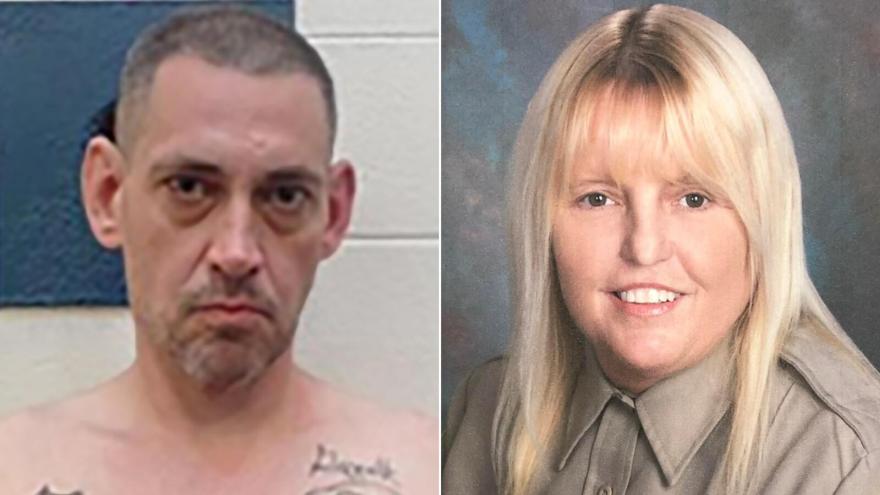 Casey White, left, the inmate who escaped from an Alabama jail with corrections officer Vicky White, has been indicted for felony murder in connection to her death, according to Lauderdale County Circuit Court documents.

(CNN) -- Casey White, the inmate who escaped from an Alabama jail with corrections officer Vicky White, has been indicted for felony murder in connection to her death, according to Lauderdale County Circuit Court documents.

The indictment alleges Casey White, while committing first-degree escape, "caused the death of Vicky White," who authorities previously said killed herself during a car chase on May 9 after authorities found the pair in Indiana.

White was served his arrest warrant Monday at the state prison where he's being held in Bessemer, Alabama, Lauderdale County District Attorney Chris Connolly said in a news release Tuesday.

Investigators believe the inmate and corrections official, who aren't related, met at the Lauderdale County jail and developed a clandestine romantic relationship before plotting their April getaway, CNN has reported.

The escape kicked off an 11-day manhunt that ended in Evansville, Indiana, where Casey White and Vicky White led authorities on a high-speed chase before their vehicle crashed. When authorities reached the car, they found Vicky White had been shot. She died of a single gunshot wound to the head, and the coroner's office ruled the manner of death was suicide.

A felony murder charge indicates the victim died while the accused was committing another dangerous felony, even if the accused did not intend to kill the victim or cause his or her death.

Casey White was previously charged with first-degree escape in connection to his jailbreak, and the indictment announced Tuesday accuses him of committing felony murder "during the course of and in furtherance" of that crime, Connolly said.

Casey White also faces a capital murder charge in connection to the 2015 killing of Connie Ridgeway, the DA noted.

At the time of his escape, Casey White was already serving a 75-year prison sentence for a crime spree in 2015 that included a home invasion, carjacking and a police chase, the US Marshals Service said.

Casey White's attorney did not immediately respond to CNN's request for comment.