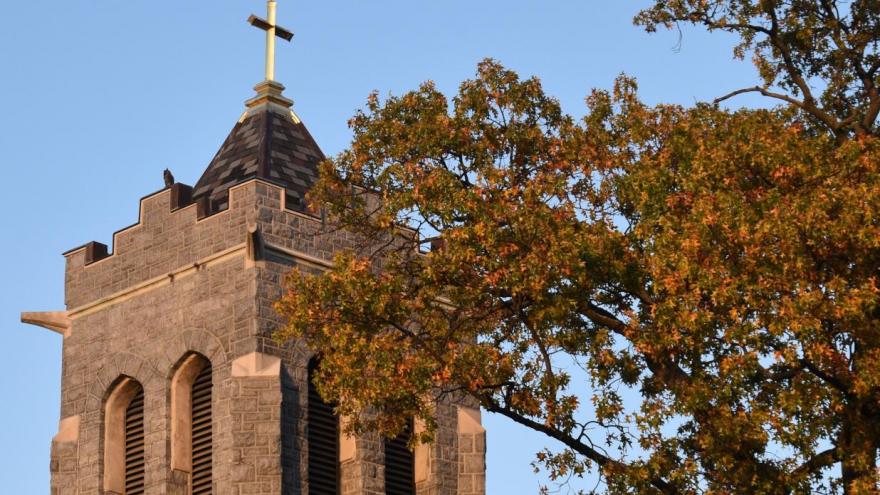 The Catholic diocese in New Jersey has reached a $87.5 million settlement with hundreds of sexual abuse victims. Pictured is the Saint Peter church in Merchantville, New Jersey, which is part of the Diocese of Camden.

(CNN) -- A multimillion-dollar settlement between the Roman Catholic Diocese of Camden, New Jersey, and victims of child sexual abuse by members of the clergy has been announced by the diocese and a survivors committee.

About 300 victims who experienced child sexual abuse will share an $87.5 million trust established by the diocese and related Catholic entities, Jeff Anderson, who represents some of the survivors, told CNN.

The settlement will be funded over four years, and victims each will get their disbursements from an allocator, he said.

While both the Camden diocese and the survivors' attorneys announced they have agreed to the terms of the settlement, the official settlement is still a few weeks out, Anderson said. The parties are seeking court approval by early June, after bankruptcy lawyers draft official language and submit it the survivors for their assent.

The Camden diocese is pleased a settlement has been reached, Bishop Dennis Sullivan said Tuesday in a statement, adding he's committed to ensuring "this terrible chapter in the history of the Diocese of Camden, New Jersey never happens again."

"I want to express my sincere apology to all those who have been affected by sexual abuse in our Diocese. My prayers go out to all survivors of abuse," Sullivan said.

The Diocese of Camden is one of five dioceses in New Jersey. Parishes within the diocese are separate entities under New Jersey law, effectively making them not subject to the suit, documents show.

In October 2020, the Camden diocese filed for bankruptcy under Chapter 11 of federal bankruptcy law. Generally, this move allows organizations to continue operating and making money, even as they reorganize, negotiate with insurance providers and set up a trust to dole out payments to future claimants.

In filing for bankruptcy, the Camden diocese cited both the financial burden of the coronavirus pandemic and settlements for abuse victims.

"If it were just the pandemic, or just the costs of the Victims Compensation Program, we could likely weather the financial impact; however, the combination of these factors has made that impracticable," the diocese said in a statement its website at the time.

In a separate statement Tuesday, Sullivan noted: "While we expect this to be the final financial step to settle survivor claims, we know it is only the next step along a perpetual road of ensuring that this kind of abuse ... never occurs again by anyone in our ministries, parishes, and schools."