Cause of Monday's Baltimore gas explosion that killed two people still unclear, but local gas company says it's not to blame 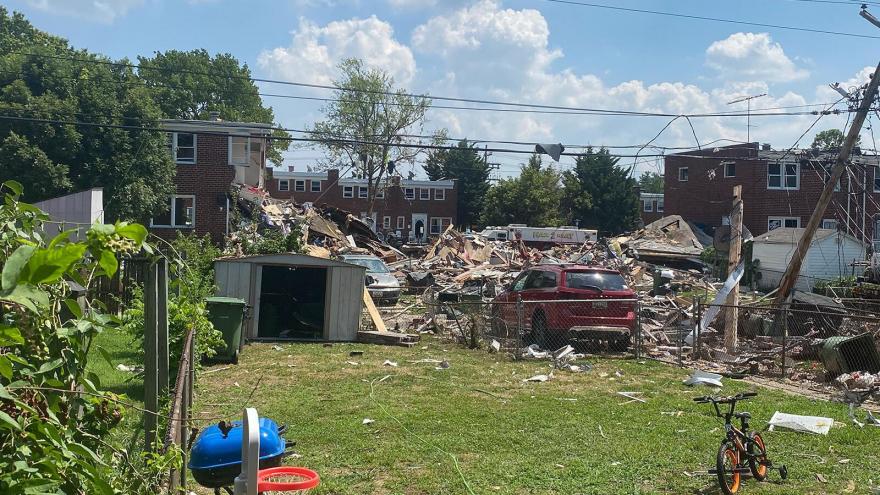 (CNN) -- An investigation by Baltimore Gas and Electric Company into a Monday gas explosion in northwest Baltimore that killed two and injured seven has found that it was not the result of faulty pipes or equipment, the company, better known as BGE, said in a press release issued Thursday.

"BGE has found that all of its equipment -- gas mains, gas service pipes and gas meters, as well as electric equipment -- has been operating safely and was not the cause of the natural gas explosion that occurred Aug. 10," the release said.

There were also no gas leaks detected or reported in the area where the explosion occurred, and there were no reports of gas odors Monday prior to the explosion, according to the release.

The pipes on Labyrinth Road, the street where the explosion occurred, were last inspected in June and July of 2019, and no leaks were found at that time, either, according to BGE.

The Baltimore City Fire Department, along with state and federal agencies, continues to lead the investigation into what caused the explosion, according to BGE.

When reached for comment Thursday, Baltimore City Fire Department Public Information Officer Blair Adams said there are no updates and the cause of the explosion remains under investigation.