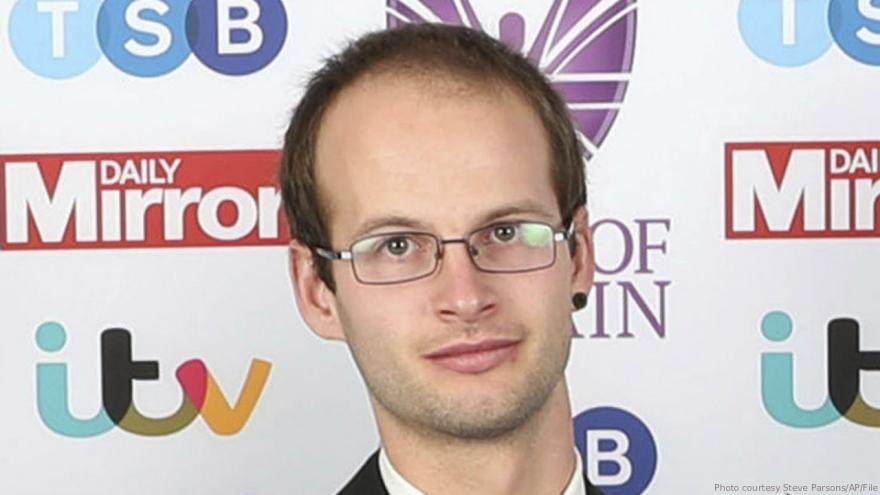 (CNN) -- A cave diver from the UK, who was part of the team involved in saving the Thai soccer team last year, needed rescuing after becoming trapped in a cave in Tennessee.

Josh Bratchley went missing Tuesday when he failed to exit a cave he was exploring with four others, according to the Jackson County Emergency Management Agency.

The group of experienced divers dove into the cave in Gainesboro, north of Cookeville. Upon exiting, they noticed Bratchley was missing. They called 911 early Wednesday, according to the EMA.

Specialized divers from Arkansas and Florida were called in to help with what officials deemed a "highly technical rescue." By Wednesday evening, Bratchley was brought out of the water, according to the agency.

He was awake, alert, and oriented when found.

"His only request was he wanted pizza," said Derek Woolbright, EMA spokesperson, during a press conference.

Edd Sorenson, a rescue diver from Florida who flew into Tennessee to rescue Bratchley, described finding Bratchley in an air pocket in the flooded cave.

"This was a really small, nasty cave," said Sorrenson. He said many similar missions have become recovery efforts rather than rescues, and he was surprised to find Bratchley alive.

Both officials and Sorenson cited Bratchley's calmness and mental strength as keys to his survival.

Last year, Bratchley was one of the divers who helped rescue 12 schoolboys and their coach stranded on a ledge in a flooded cave in Chiang Rai, in northern Thailand. The world watched as the team of international cave diving experts led the mission to retrieve the boys.

Bratchely was later recognized for his role.

The Tennessee cave is about 3 miles off the main highway and in a very rural area. Ethan Burris of the Jackson County Sheriff's Office said the group had been in the area for two to three days mapping the Mill Pond Cave.

"You have to go underwater to get into the cave," said Burris. "The maps that we have, we're not rightly sure how deep it is right now,"

The other members of the missing diver's group stayed at the scene to offer and assistance in the rescue efforts.

"They are our biggest asset as to getting us information about the cave, about how it's laid out," said Burris.