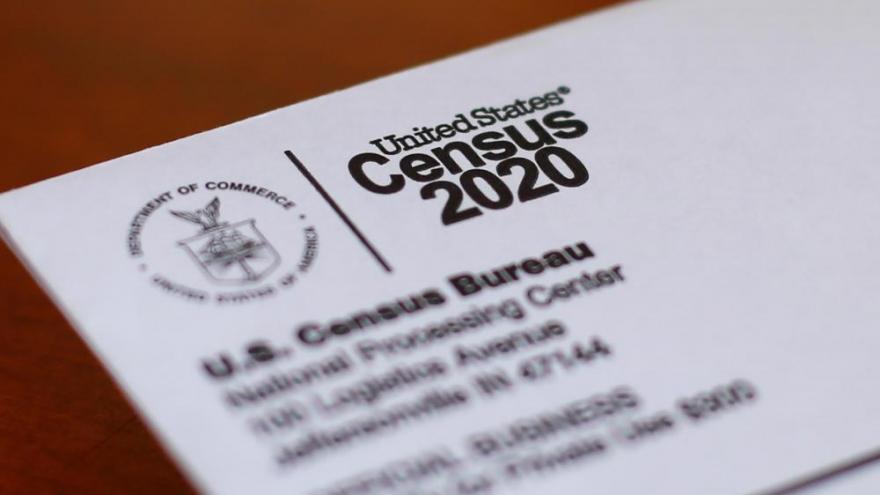 The Census Bureau is set to release the data used to draw congressional and state legislative district lines Aug. 12, beginning a nationwide scramble to draw new boundaries in time for next year's midterm elections.

(CNN) -- The Census Bureau on Thursday released the data used to draw congressional and state legislative district lines, starting a nationwide scramble to draw new boundaries in time for next year's midterm elections.

The data, based on last year's once-a-decade canvassing, showed that population growth in the United States over the past decade has slowed, as 52% of counties have smaller populations in 2020 than they did in 2010. Instead, almost all of the nation's population growth was in its cities, the data showed, a trend sure to highlight the urban-rural divide already prominent in American politics.

"Metro areas are even more prominent this decade as the locations of population growth amidst otherwise widespread population decline," said Marc Perry, senior demographer of the US Census Bureau population Division, at a Census Bureau news conference Thursday.

The data is coming more than four months later than usual -- after some states' deadlines to have new maps in place have already passed.

"What we're expecting with the delay is that a number of states are going to run into issues with deadlines that they have for the redistricting process," said Adam Podowitz-Thomas, the senior legal strategist for the Princeton Gerrymandering Project and the Princeton Electoral Innovation Lab, ahead of Thursday's data release.

Some states have constitutional or statutory deadlines -- set in anticipation that the Census Bureau would deliver the necessary data on time -- that are imminent or in some cases have already been missed.

In Colorado, independent panels have already produced draft maps, which they plan to finalize by October 1. Some states, including Iowa and Ohio, have even less time. Many state legislatures will need to hold special sessions this fall focused on redistricting -- a task they'd typically handle in the spring during their regular sessions.

Virginia and New Jersey -- which hold state legislative elections this November -- are proceeding under their existing maps, rather than the new ones that would typically have been in place by now.

In April, Census Bureau officials released data that showed which states would gain and lose seats.

Texas is gaining two House seats, increasing its total to 38 -- second only to California's 52. The third-highest total is Florida, which will add a seat, increasing its House ranks to 28. North Carolina, Oregon, Colorado and Montana are also each gaining a House seat.

Seven states each lost one seat: the traditional battlegrounds Michigan, Pennsylvania and Ohio and Democratic strongholds California, New York and Illinois, as well as West Virginia.

The neighborhood-level data is typically released by April 1. Census officials have blamed the delay on the coronavirus pandemic, which hit the United States in early March of 2020 -- a critical time for the census process. Then-President Donald Trump's administration also fought to exclude noncitizens when splitting seats in Congress between the states.

Outside groups that are tracking states' redistricting process -- gauging the partisan makeup, implications for minority groups and more as maps are proposed -- will also face intense pressure amid the condensed redistricting schedule.

"Particularly in the states where they're going to try to rush the process, it's on reform groups and advocates to pay attention and really carefully watch over what the legislature's going to do -- being at every public hearing that is held," Podowitz-Thomas said.

The data the Census Bureau releases Thursday will be what's called the "legacy version" -- a technical version of the data that states and political parties can plug into proprietary software to use to begin drawing maps.

A less-technical version -- easier to read and for outside groups and individuals without access to that proprietary software -- will come on September 30.

However, a number of organizations this year plan to release versions of the data that would allow individuals and outside groups to measure the makeup of proposed districts more quickly than in previous redistricting cycles.