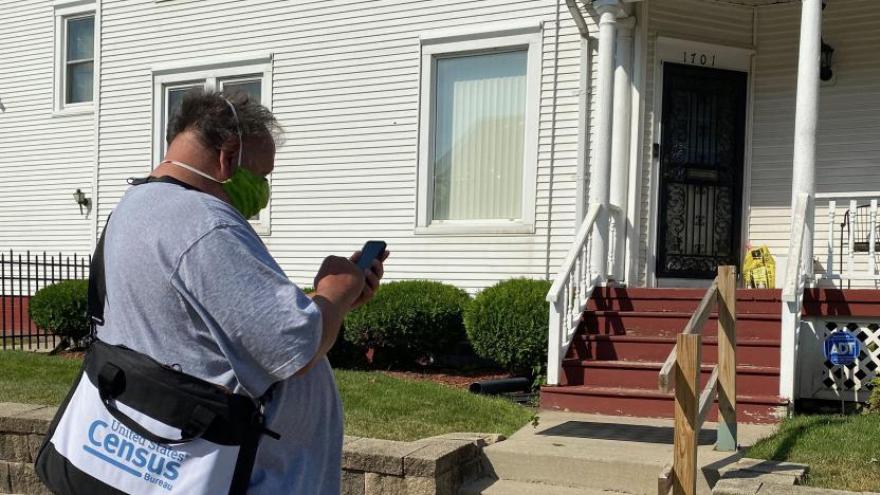 The Census Bureau announced it will miss its deadline to produce the population count used to divide seats in Congress between the states.

(CNN) -- The Census Bureau announced it will miss Thursday's deadline to produce the population count used to divide seats in Congress between the states.

The Wednesday announcement was expected, and the key question remains whether the Census Bureau and Commerce Department will present the tally to President Donald Trump prior to his departure from office on January 20. There are no penalties associated with missing the December 31 deadline.

The Census Bureau said in a statement that it plans "to deliver a complete and accurate state population count for apportionment in early 2021, as close to the statutory deadline as possible."

If the numbers are completed during the Trump presidency, he may attempt to exclude some undocumented immigrants for the division of House seats. The Supreme Court recently overturned rulings that would have blocked that policy.

It is unclear if the Trump administration has sufficient data to carry it out -- or if it does, if the data is enough to actually affect how many seats each state receives.

If the numbers are produced after Trump leaves office, President-elect Joe Biden is not expected to exclude undocumented immigrants from the count.

Wednesday's statement said the Census Bureau continues to process the data it gathered from surveys conducted online, on paper, by telephone and in person earlier in the year.

Commerce Secretary Wilbur Ross, who oversees the Census Bureau, had pushed officials to complete the count by December 31 -- even after officials briefed him that a truncated schedule would put multiple states at risk of an incomplete count.

The final schedule gave Census officials about half the time they had planned for completing the complex work of processing data.

Internal documents obtained in early December by a House committee investigating the Trump administration's handling of the census revealed data issues and "high complexity" problems threaten to delay completion of the tally until February. The Census Bureau director has not explained the issues but said they have "occurred in past censuses."

Even before the data issues cropped up, the top career census official managing the 2020 census said the bureau was targeting completion by "the first or second week of January."

In addition to the political controversies, which critics argued made the count harder to complete, counting the nation's population was also complicated by the coronavirus pandemic.

The Commerce Department inspector general said Wednesday the Census Bureau cut corners with a quality control process and determined the issues call into question the results for "more than 500,000" households. It said one reason the Census Bureau didn't complete the quality checks was because of the compressed time schedule.

"It's possible that if the Census Bureau provides its enumeration at some point in January ... that Congress would still accept that number," Rosenberg said. "But it's also possible -- and I don't represent Congress so I just don't know the answer to this -- that they might not. If they miss the statutory deadline, it's unclear whether Congress would still be bound to accept any numbers submitted by the president after the date."

That outcome is not expected.

The delay and rush to produce the numbers used to divide up congressional seats are expected to have a ripple effect and produce further delays.

After producing the apportionment figures, the Census Bureau turns its attention to producing the massive data files used by state governments to draw new congressional districts.

For apportionment, only an overall number of people in each state is needed. But the redistricting data requires more granular details about who those people are and where they live.

The Census Bureau has not yet announced when it anticipates completing those files. It typically works to meet the individual deadlines set by the laws of each state.