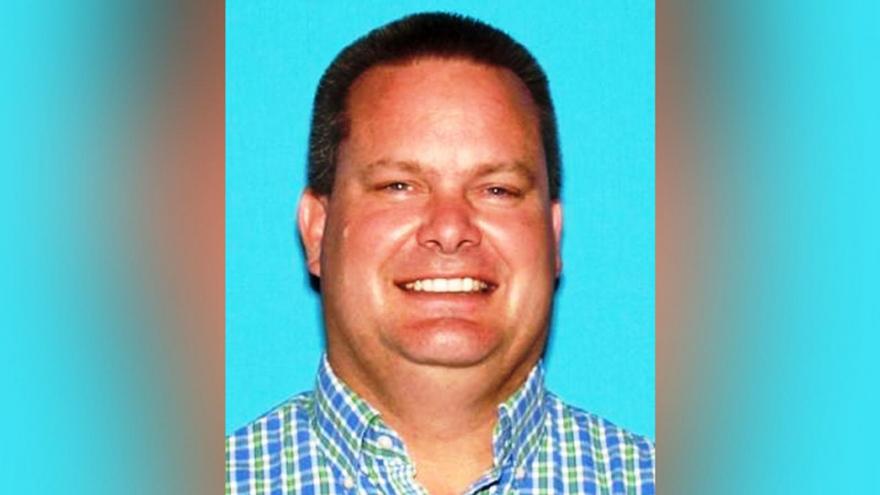 Chad Daybell was taken into custody in Idaho on Tuesday, June 9. Daybell is the husband of Lori Vallow, whose two children have been missing since September.

Daybell is the husband of Lori Vallow, whose two children have been missing since September.

Hagen said that "detectives and investigators have recovered what is believed to be human remains that have not been identified at this time," according to video provided by CNN affiliate KIFI/KIDK.

Hagen offered no details about what charges Daybell might face.

Vallow and Daybell left their Rexburg home when investigators started looking into Tylee and Joshua's disappearance, police have said.

Vallow, 46, has been in custody since she was extradited from Hawaii in March. She faces multiple charges, including two felony counts of desertion and nonsupport of children, according to a criminal complaint filed with an Idaho court.

Her bail remains at $1 million, though it had been reduced in March from $5 million. A two-day preliminary hearing is scheduled to begin July 9.

Daybell and Vallow married in Kauai, Hawaii, on November 5, and returned there December 1.

CNN had previously reached out to Daybell's attorney, Sean Bartholick, but had not heard back. Bartholick no longer represents Daybell. It's unclear whether he has an attorney.

Children not seen since September

Tylee Ryan, 17, has not been seen since she visited Yellowstone National Park on September 8 with her brother Joshua "J.J." Vallow, 7, mother and uncle Alex Cox, according to authorities.

Joshua was last seen at a school in Idaho later that month.

Lori Vallow moved to Idaho from Arizona just a couple of months before police began searching for her children.

Joshua attended Kennedy Elementary School in Rexburg, Idaho, for several weeks before his mother told the school she was going to home-school him, last attending on September 23, according to a court affidavit.

Police in Rexburg conducted a child welfare check in late November, after relatives told them that no one had spoken to Joshua in two months. They said they were told by Vallow and Daybell that the boy had been staying with a family friend in Arizona.

The couple were found in Hawaii in January and served with a search warrant. Vallow was given a deadline to turn the children over to authorities, a court order served by police said.

The disappearances followed other investigations authorities had conducted around Vallow and Daybell.

Daybell's ex-wife, Tammy Daybell, was found dead in her home in mid-October. Authorities initially ruled her death as natural, but then deemed it suspicious. They had her remains exhumed to conduct an autopsy.

Vallow's estranged husband was shot and killed in July during a fight with Vallow's brother in Arizona before her move.

Details about the motive weren't immediately available, but her brother was not charged in the case. He died in December, CNN affiliate KIFI/KIDK reported. His cause of death has not yet been released.

After their marriage, Vallow and Daybell told witnesses Tylee Ryan "had died a year before the death of her father, which is untrue," police said. Daybell also told someone Vallow had "no minor children," police said.