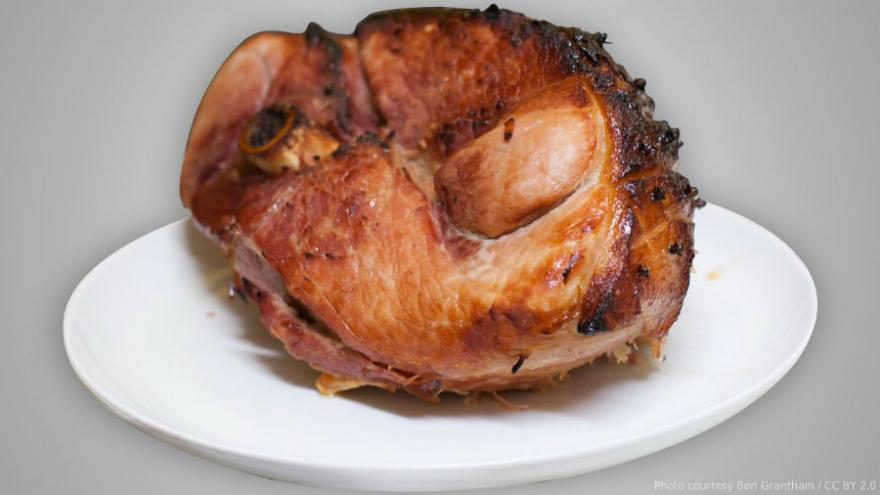 LOUISVILLE, Ky. (AP) — That's no ordinary slab of meat on a platter: the grand champion ham of the 2018 Kentucky State Fair has fetched a record $2.8 million at auction.

Two equal bids of $1.4 million combined for a record total for the 18.8-pound (8.5-kilogram) champion ham, produced by Broadbent B & B Foods of Kuttawa, Kentucky. Proceeds go to charity.

The winning bids at Thursday's annual ham breakfast of the Kentucky Farm Bureau came from Luther Deaton Jr. of Central Bank and Mark and Cindy Lynn. Deaton plans to donate to the University of Kentucky and the Keeneland horse track. The Lynns say they are still determining which charities to support.

Since the first ham breakfast in 1964, the farm bureau has raised nearly $13 million for Kentucky charities.