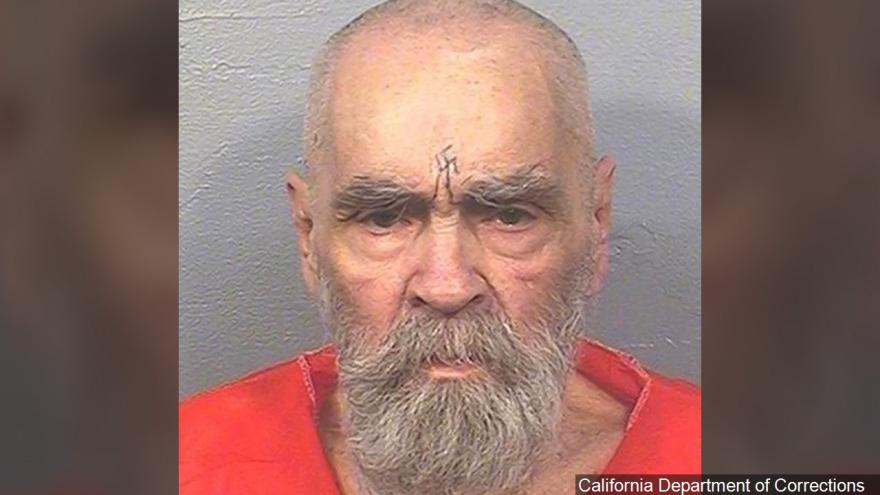 (CNN) -- Charles Manson, the wild-eyed 1960s cult leader whose followers committed heinous murders that terrorized Los Angeles and shocked the nation, died Sunday of natural causes, according to the California Department of Corrections. He was 83.

The diminutive and charismatic Manson orchestrated a wave of violence in August 1969 that took the lives of seven people, spawned headlines worldwide and landed him and his "Manson Family" of followers in prison for most of the remainder of their lives.

Manson served nine life terms in California prisons and was denied parole 12 times. His notoriety, boosted by popular books and films, made him a cult figure to those fascinated by his dark apocalyptic visions.

"He was the dictatorial ruler of the (Manson) family, the king, the Maharaja. And the members of the family were slavishly obedient to him," former prosecutor Victor Bugliosi told CNN in 2015.

To the point they would kill for him.

The brutal killings began on August 9, 1969, at the home of actress Sharon Tate and her husband, famed movie director Roman Polanski. He was out of the country at the time. The first set of victims were Tate, who was eight months' pregnant; a celebrity hairstylist named Jay Sebring; coffee fortune heiress Abigail Folger; writer Wojciech Frykowski; and Steven Parent, a friend of the family's caretaker.

The next evening, another set of murders took place. Supermarket executive Leno LaBianca and his wife, Rosemary, were killed at their home.

Although Manson ordered the killings, he didn't participate.

The word pig was written in victim blood on the walls of one home and the front door of another. There was also another phrase apparently scrawled in blood: Helter Skelter (it was misspelled Healter). The reason for the disturbing writings, the prosecutor argued, was because Manson wanted to start a race war and had hoped the Black Panthers would be blamed for the killings.

On June 16, 1970, Manson and three of his followers -- Susan Atkins, Patricia Krenwinkel and Leslie Van Houten -- went on trial in Los Angeles.

All of those details came tumbling out in the trial that both mesmerized and horrified the nation. During the trial, Manson and his followers created a circus-like atmosphere in the court with singing, giggling, angry outbursts and even carving X's in their foreheads.

The charges came after a major break in the case when Atkins, who was already in jail on another charge, bragged to a fellow inmate about the Tate murders. She said they did it "because we wanted to do a crime that would shock the world. ..."

Manson was originally sentenced to death but the death penalty was briefly abolished in the state and his concurrent sentences were commuted to life in prison.

He also was convicted in the connection with the killings of Gary Hinman, a musician, and stuntman Donald "Shorty" Shea in 1969.

Charles Manson was born Charles Maddox in Cincinnati in 1934 to an unmarried 16-year-old mother. He later took his then-stepfather William Manson's last name.

At age 12, Charles Manson was sent to Gibault School for Boys in Terre Haute, Indiana, for stealing. Over the next 20 years, he was in and out of reform schools and prison for various crimes.

In a 1987 prison interview with CNN, he said, "I spent the best part of my life in boys' schools, prisons and reform school because I had nobody."

After marrying twice and spending half his life in prison, 32-year-old Manson made his way to Berkeley, California, by way of San Francisco in 1967. He established himself as a guru in the summer of love, and soon shared a home with 18 women.

By 1968, race riots, the Black Panther movement, and anti-world violence convinced Manson that Armageddon was coming. He called it Helter Skelter after the famous Beatles song.

"I was mesmerized by his mind and the things he professed," Manson Family member Leslie van Houten once said.

Music a part of his life

While in prison as a young man, Manson would listen to the radio. Inspired by the Beatles, he started writing songs and performing in prison shows.

Manson believed that the Beatles were speaking to him through the lyrics of the White Album, which was released in late 1968. The apocalyptic message, as Manson interpreted it: Blacks would "rise up" and overthrow the white establishment in a race war. Manson and his Family would be spared by hiding out in a "bottomless pit" near Death Valley until he could emerge to assume leadership of the post-revolutionary order.

After moving to California, Manson met Hinman, a music teacher who introduced him to Dennis Wilson of the Beach Boys.

Wilson took one of Manson's songs, "Cease to Exist," and turned it into the Beach Boys' "Never Learn Not to Love." Manson was furious when he didn't get a songwriting credit.

Wilson had introduced Manson to record producer Terry Melcher, the son of actress Doris Day. After initially showing interest in Manson's music, Melcher declined to work with him further.

Melcher later moved out of his house, which was then leased to Polanski and Tate.

Manson got people everywhere to pay attention to him.

With their brew of violence, music and anti-establishment youth counterculture, the 1969 murders and ensuing trials established Manson as a perverse cultural icon that endured until his death. Along the way, the mastermind transcended his victims, and the Tate-LaBianca murders became known as the Manson murders.

Laurie Levenson, a professor at Loyola Law School who follows high-profile cases, described Manson in 2009 as the worst of the worst, evil incarnate.

Manson's image can still be found on posters and T-shirts. In 1998, the animated television series "South Park" featured Manson in a Christmas special. There have been books, a play, an opera and television movies about Manson and his followers.