Charlotte Russe will liquidate and close all of its stores 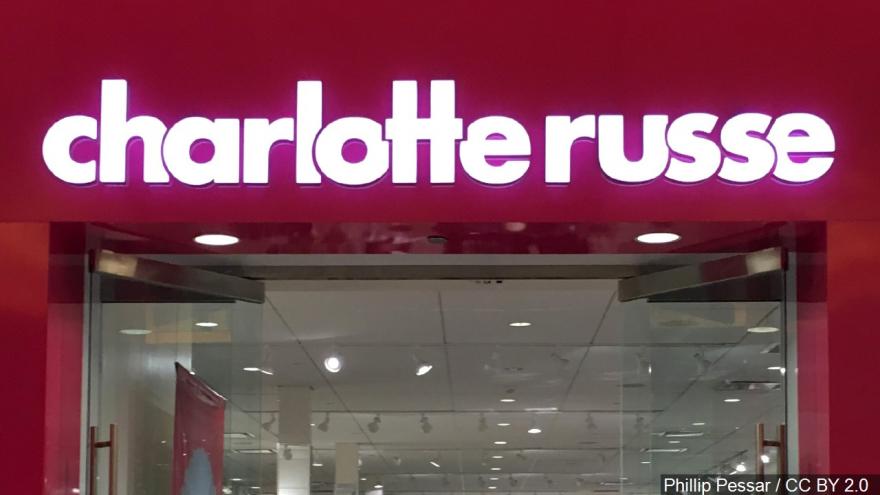 (CNN) -- Charlotte Russe will close all of its stores over the next two months. The women's clothing company joins a growing group of retailers that couldn't survive bankruptcy.

The company didn't want to shut down. It filed for bankruptcy protection a month ago and announced plans to close only 94 of its 512 stores nationwide. The goal was to use the bankruptcy process to shed debts and sell to a buyer who would keep it in business.

But those hopesfell apart this week when liquidator SB360 Capital Partners won the auction in bankruptcy court for Charlotte Russe's $160 million worth of inventory, and other assets. The plan to shut down was approved Wednesday by the bankruptcy court in Delaware.

Charlotte Russe had 8,700 employees at the time of the filing, all but 1,400 of whom were part-time workers. It had stores in every US state except Alaska at the time of its bankruptcy filing. It also owned 10 children's clothing stores under the Peek brand, which it acquired in 2016.

The bankruptcy court also approved a total of $559,000 in bonuses for key company executives to keep them in place during the shutdown process. Most of the company's employees won't be as fortunate, because severance payments are rarely paid in US bankruptcy cases.

The deal left it with $175 million of debt that was due in 2014. That loan principal grew by $80 million in the subsequent years. The company planned to have an initial public offering that year to pay off much of that loan. But a downturn in sales postponed the IPO plans indefinitely.

Retailers often file for bankruptcy with the intention of staying in business, only to end up closing all of their stores during the bankruptcy process. That's what happened with US operations of Toys "R" Us a year ago.

Even when retailers are able to emerge from the bankruptcy process, they often struggle and end up shutting down in relatively short order following a second bankruptcy filing. Payless ShoeSource and clothing retailer Gymboree both have followed that path to recent months.