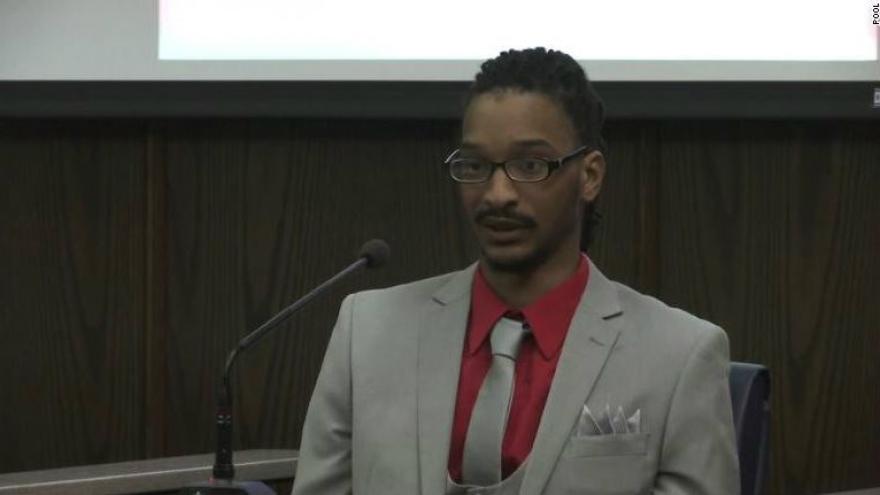 (CNN) -- A bus driver on trial for his role in the death of six elementary school students was found guilty Thursday on numerous charges relating to a crash in November 2016.

Johnthony Walker was transporting 37 students from Woodmore Elementary School in Chattanooga, Tennessee, when the bus he was driving flipped over and crashed into a tree, killing six children between the ages of 6 and 10.

During the trial, prosecutors argued Walker was driving well over the 30 mph speed limit and was on his phone when the school bus ran off the road.

"It all could have been avoided if Johnthony Walker had slowed down and gone the speed limit and stayed off his phone," prosecutor Crystle Carrion said, according to WTVC.

Walker took the stand Wednesday to defend himself, saying a white vehicle had encroached into his lane and he swerved to avoid it.

"I chose to veer out of the way," Walker said. "I figured I had gotten out of the way of the other vehicle and our route would continue." He added that he was not on his phone at the time of the crash and did not remember how fast he was going.

CNN has reached out to Walker's attorney, Amanda Dunn, for comment.

Dunn said on WTVC that Chattanooga police didn't investigate the case properly. She said they didn't interview witnesses at the scene and jumped to conclusions rather than letting facts develop.

Dunn said as Walker was driving the bus, a white "transport type of vehicle" was driving in the opposite direction and came around a curve in the road going into the same lane as Walker's bus.

During her cross-examination of Chattanooga Police Investigator Joe Warren, Dunn asked about his investigation methods.

"If I was going on only tire marks, that'd be one thing, but there are other indications that speed was a factor," Warren said.

He said in December 2016 he estimated the speed of the bus at between 50 and 52 mph, about 20 mph above the posted speed limit.

Other witnesses at the scene, such as state witnesses Ann Jones Pierre and Michelle Brogdon, said Walker was going fast.

"He left the stop sign a little fast," Pierre said. She lives in the neighborhood where the crash took place and was driving behind Walker's bus before the crash, WTVC reported.

"You could tell he was going over the speed limit," Brogdon said. She lived near the crash site, according to WTVC, and rushed to the scene when she heard the crash.

In addition, investigators discovered that Walker wasn't driving on his designated route when the crash took place. However, in court on Wednesday, Walker said that older drivers gave him a route sheet, but that the route had since changed as certain students had been added or taken off the route.

Prosecutors said Walker was on the phone with Takiesha Nixon for four minutes before the bus crash. The two worked together at Amazon, Walker's second job.

Nixon said as soon as she learned Walker was driving a bus during their phone conversation, she hung up. Dunn said during Nixon's cross-examination that she didn't know Walker was involved in the crash until much later.

Sentencing for Walker is scheduled for April 24.

The breakdown of the jury's verdict was: