Chelsea Manning sent back to jail for refusing to testify 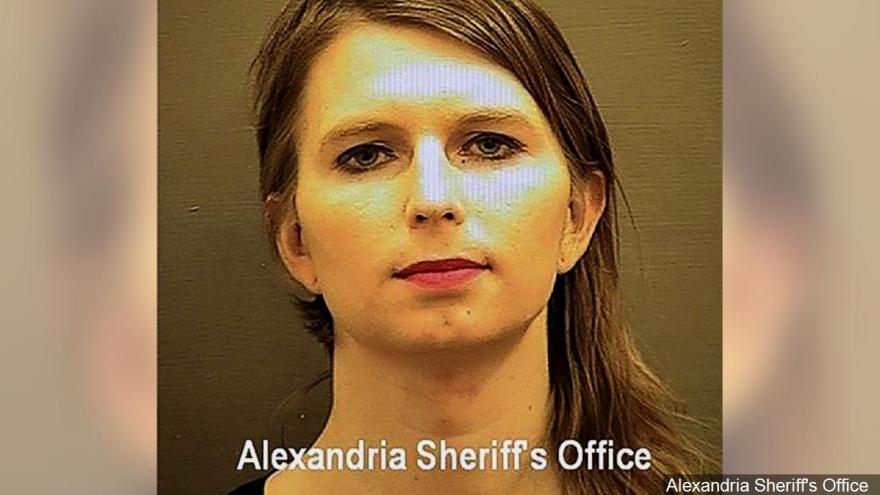 ALEXANDRIA, Va. (AP) — Former Army intelligence analyst Chelsea Manning was ordered back to jail Thursday for refusing to testify to a grand jury, even after telling a judge she'd rather "starve to death" than cooperate with prosecutors.

U.S. District Judge Anthony Trenga ordered her to remain incarcerated at the Alexandria jail either until she agrees to testify or until the grand jury's term expires in 18 months. He also imposed fines that will kick in at $500 a day after 30 days and $1,000 a day after 60 days.

Manning has offered multiple reasons for refusing to testify, but fundamentally says she considers the whole grand jury process to be unacceptable.

Trenga was unimpressed with her rationale and noted that grand juries are embedded in the Constitution.

He said he hopes that while incarcerated "Ms. Manning would reflect on the principles she says she's embracing ... and whether those views are worth the price she's paying for them."

Manning's lawyers had argued that she should not be jailed because she has proven that she will refuse to testify no matter how long she's jailed. Under federal law, a recalcitrant witness can be jailed for civil contempt only if there's a reasonable possibility that the incarceration will coerce the witness into testifying. If a judge were to determine that incarcerating Manning were punitive rather than coercive, Manning would not be jailed.

"Whatever you might think of her, Chelsea Manning is a principled person," said her lawyer, Moira Meltzer-Cohen. "She's more willing to put herself at grave risk than to betray her deeply held principles."

Manning herself told the judge directly: "I would rather starve to death than change my principles in this regard."

Prosecutors, though, said that so far Manning has only faced up to two months in jail. She has not faced the reality of being incarcerated for up to 18 months.

"Simply put, Ms. Manning has not spent enough time in jail to arrive at the time" where she could argue that she can't be coerced into testifying, prosecutor Thomas Traxler said.

U.S. Attorney for the Eastern District of Virginia G. Zachary Terwilliger said after Manning's hearing that Manning is not being asked to do any more than any other citizen who might have relevant information.

He noted that the grand jury has given her immunity for her truthful testimony and that grand juries' role in the legal system is to serve as a check on prosecutors by requiring them to present evidence to a group of ordinary citizens before obtaining an indictment.

"All we want is for her to truthfully answer any questions," he said.

Manning served seven years in a military prison for leaking a trove of documents to WikiLeaks before then-President Barack Obama commuted the remainder of her 35-year sentence.

The grand jury in Alexandria has already obtained a separate indictment of WikiLeaks founder Julian Assange for his role in helping disclose the documents Manning gave him.

Manning has argued that Assange's indictment is proof that her testimony is no longer needed and is merely intended to harass her.

Grand juries, though, often issue superseding indictments that can outline additional charges to those spelled out in an additional indictment. Terwilliger declined comment on why Manning's testimony is needed now.