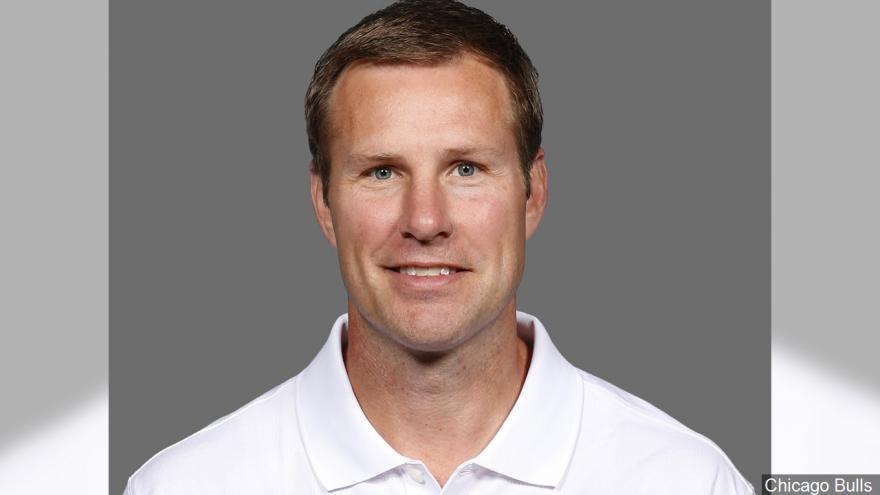 CHICAGO (AP) — The skidding Chicago Bulls fired coach Fred Hoiberg on Monday and promoted associate head coach Jim Boylen in hopes of lifting the team from the bottom of the standings.

Hoiberg, who had to deal with a veteran roster that didn't fit his style early on and then injuries to key players starting in training camp, never found his footing in Chicago. It added up to a 115-155 mark with one playoff appearance in three-plus seasons — 5-19 this year. The only teams with worse records were Cleveland and Phoenix.

Even so, executive vice president of basketball operations John Paxson insisted this decision went beyond wins and losses, citing a lack of "energy and spirit."

"We were in a similar situation last year at this time," Paxson said. "But the entire energy about this group was different back then. We felt that here in the last several weeks, that something's different. What we're lacking ... is a spirit about our team."

Paxson also said the Bulls are committed to Boylen as their long-term head coach and that general manager Gar Forman is "absolutely safe."

"We can own 'Bulls' across our chest better," said Boylen, who will be serving as an NBA head coach for the first time.

Hoiberg was in a tough position with four of the team's top players getting injured, a run that started early in training camp.

Forward Lauri Markkanen, the centerpiece of their rebuilding plan, missed the first 23 games after spraining his left elbow at practice in late September. His first appearance this season — a loss at Houston — came in Hoiberg's final game for Chicago.

Guard Denzel Valentine will miss the entire season because of a left ankle injury. Forward Bobby Portis (right knee) has played in four games and point guard Kris Dunn (left knee) has appeared in one, though both are expected back soon.

"For us to sit here and think that just because we're getting guys back, I think that would mask the problems that we've seen," Paxson said. "We gave Fred an opportunity. He did a lot of good things for us. But I'm tasked with, Gar's tasked with, looking at the underlying things in the organization."

Hoiberg played four seasons in Chicago and had a long history with Forman. He was hired as the Bulls' head coach in June 2015 after spending five seasons at Iowa State, where the former player was nicknamed "The Mayor." Hoiberg went 115-56 with the Cyclones, including four straight NCAA Tournament appearances and back-to-back Big 12 tournament titles.

He replaced Tom Thibodeau, who was fired after five seasons, and the hope was that the free-wheeling style he used with the Cyclones would work in the NBA and that he would fare better than another former Iowa State coach, Tim Floyd, who went 49-190 record in three-plus seasons with the Bulls.

The circumstances were different, but the results were just as disappointing. Derrick Rose, Jimmy Butler, Pau Gasol and Nikola Mirotic were among the departures as the Bulls tried to find the right formula.

Butler called out Hoiberg in his first year, saying the team needed to be "coached a lot harder." The Bulls then signed veterans Dwyane Wade and Rajon Rondo — odd fits for Hoiberg's offense — and got knocked out by Boston in the first round of the playoffs.

The Bulls finally went all-in on rebuilding when they dealt Butler to Minnesota in a 2017 draft night trade. They got Markkanen, Dunn and Zach LaVine and appeared to be on the right track last season, with their competitiveness and player development.

Boylen becomes the sixth coach hired by the current front office. He spent four years as the head coach at the University of Utah. Over 20 years in the NBA, he also has been an assistant in Houston, Golden State, Milwaukee, Indiana and San Antonio.