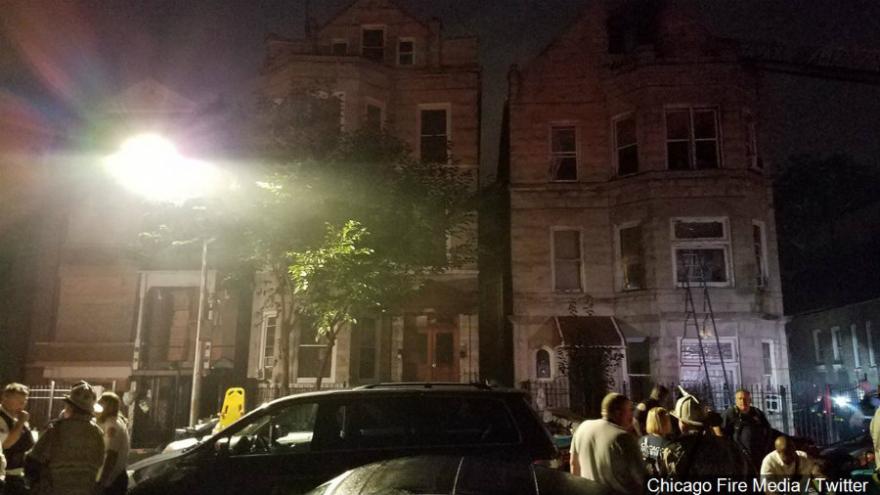 CHICAGO (AP) — The deadliest residential fire in years in Chicago claimed its tenth and final victim on Tuesday, as a 14-year-old boy who barely survived the blaze died at a hospital.

Although authorities initially believed that two of the people killed by the pre-dawn Sunday fire at a Southwest Side apartment were adults, fire department spokesman Larry Langford said they were all children who ranged in age from three months to their teens.

Investigators on Tuesday were still trying to determine the cause of the fire, but a police spokesman, Anthony Guglielmi, said they had ruled out arson.

There were no working smoke alarms or adults at the home when the fire broke out, and the state's Department of Children and Family Services said Tuesday that it was investigating "allegations of neglect" involving the children. A department spokeswoman, Alissandra Calderon, declined to go into further detail about the nature of the allegations.

Only two of the children didn't die at the scene, the teen who died Tuesday morning, Adrian Hernandez, and another 14-year-old who died Monday at a hospital.

In an email to The Associated Press, Calderon said several families were affected by the fire and that her agency had had past dealings with three of them, though there were no pending DCFS investigations involving those families at the time of the fire.

Guglielmi said the police department is communicating with DCFS about the fire and that it's possible the department could launch a criminal investigation.

Langford said the investigation revealed that the 10 kids attending a sleepover in the home were apparently overwhelmed by smoke as they slept and never even awoke to flee the fire.

"From where the bodies were, there is a high probability ... that they were overcome by smoke," Langford said. "We didn't find anybody that looked like they were trying to get out the door."

Had there been even a single working smoke alarm in the building, the victims could have simply walked out the front door to safety, he said.

While the police have ruled out arson, Langford said fire investigators were still trying to determine the exact cause of the deadliest residential fire in the city in well over a decade.

He said investigators determined that the fire started on a back porch and that they have ruled out electrical wiring problems as a cause. After learning that children had set off fireworks from the porch and that people smoked cigarettes there, investigators were trying to determine what activities might have occurred on the porch before the fire.