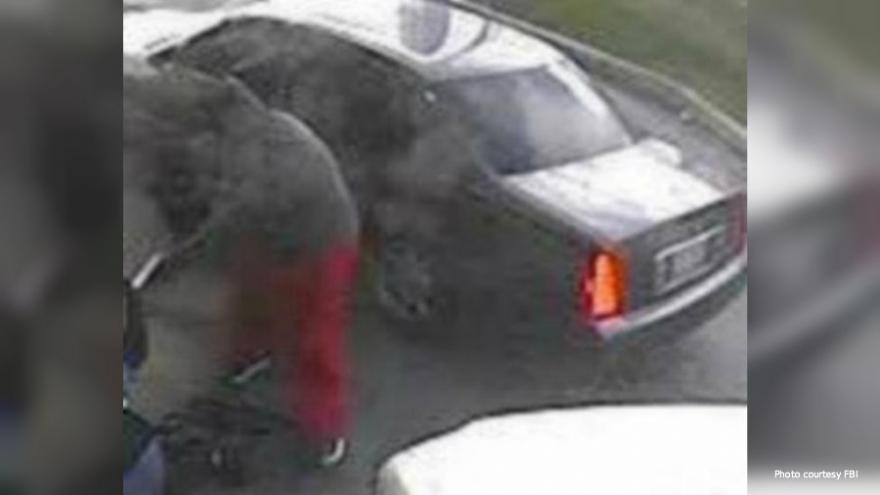 Photo released by the FBI shows surveillance of robbery.

HAMMOND, Ind. (AP) — A Chicago man has been charged in the robbery of more than $600,000 from a Brinks armored truck in Hammond, Indiana.

The truck's driver was servicing a bank ATM on April 28 when he was held up at gunpoint by three people. Police were told that three bags of cash were taken. A shot also reportedly was fired at the truck.

Court documents state that Jackson was employed as a Brinks truck driver but was fired in 2016 "for failing to appear at work."

Jackson faces a detention hearing Friday. He was arrested after police received a tip about suspects in the armored truck robbery.