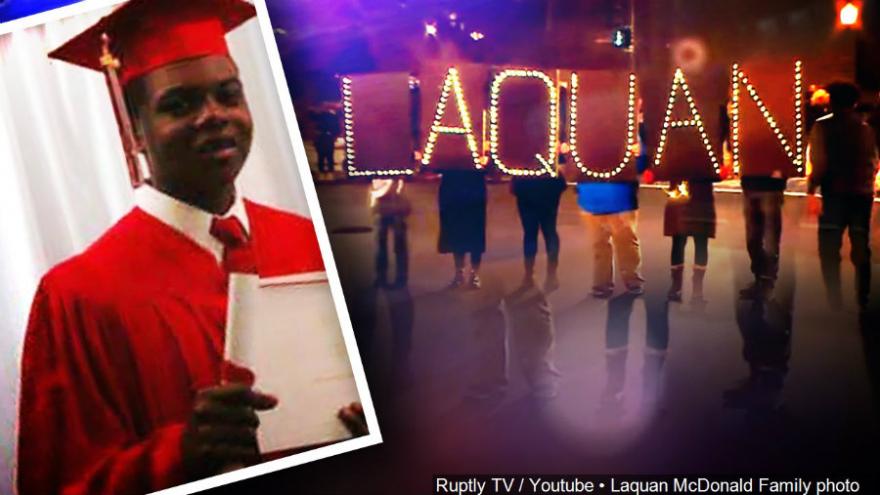 CHICAGO (AP) — The second day of the trial of a white Chicago police officer charged with murder in the shooting death of black teenager Laquan McDonald began the way the first day ended: with a police officer who was at the scene the night of the killing.

Former officer Joseph Walsh was Jason Van Dyke's police partner that night. Walsh testified Tuesday under a grant of immunity. Walsh is among three officers indicted on charges they conspired to cover up how the 2014 killing of McDonald happened.

McDonald was carrying a small knife in his right hand and was running down the middle of a street as officers pursued him after reports that someone was breaking into vehicles in a trucking yard.

Walsh said that after he and Van Dyke got out of their squad car to confront McDonald, he saw the 17-year-old raise his right arm and "swing that up to shoulder level ... in our direction." Video of the shooting does not confirm Walsh's account, but Walsh testified that it was taken from a different angle than his vantage point.

Van Dyke continued shooting McDonald after the teenager fell to the ground, firing a total of 16 shots. Walsh was next to Van Dyke with his own gun drawn, but testified that he chose not to shoot.

Prosecutors have stressed that no other officers who encountered McDonald opened fire. Van Dyke's attorneys have said he was scared for his life and the life of others and acted as he was trained to do.