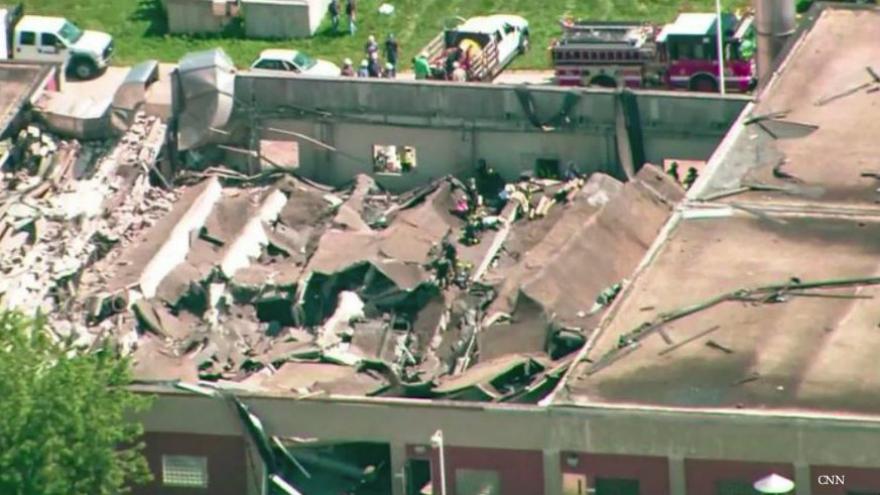 By Amanda Watts and Eric Levenson

(CNN) -- An explosion Thursday at the Calumet Water Reclamation Plant in Chicago caused part of the plant to collapse, injuring 10 people there, according to Metropolitan Water Reclamation District (MRWD) of Greater Chicago.

"There has been an explosion in the sludge concentration building at the Calumet water reclamation plant," the full statement from agency says. "There are injuries. Emergency crews are on the scene. We have no additional informational at this time."

The roof of the sludge concentration building collapsed at 11 a.m., MRWD said. Two people were trapped and were excavated from the building, and a total of 10 people were injured and transported to local hospitals. The cause of the collapse is under investigation.

Aerial video of the scene shows that the roof collapsed in one section of the building, and first responders on the scene were digging through the rubble.

A tweet from Chicago Fire says they are responding to an incident at the plant. The plant is located in Riverside, south of Chicago.