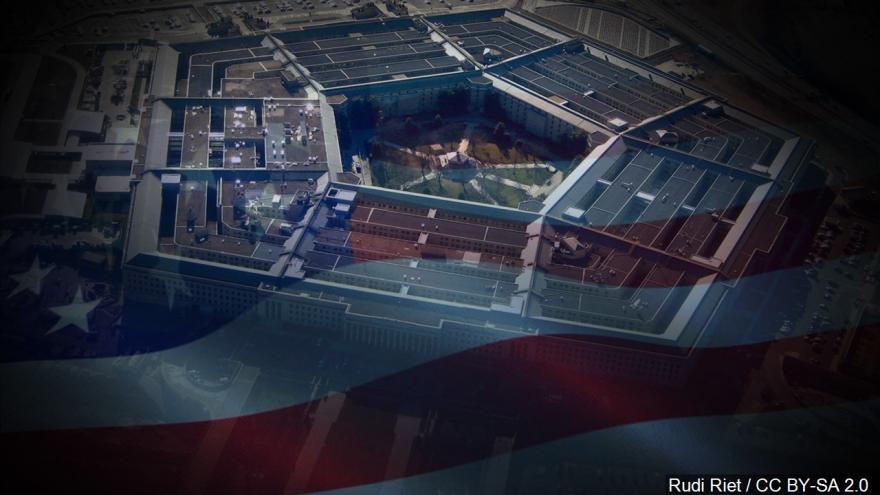 By Barbara Starr and Zachary Cohen

(CNN) -- Chief Pentagon spokeswoman Dana White is leaving her post, a move that coincides with Secretary of Defense James Mattis stepping down but also comes amid an internal Defense Department investigation into her conduct.

"I appreciate the opportunity afforded to me by this administration to serve alongside Secretary Mattis, our Service members and all the civilians who support them," White tweeted Monday. "It has been my honor and privilege. Stay safe and God bless."

"It is with a heavy heart that I have submitted my letter of resignation to Secretary Mattis. I am grateful to the administration for giving me the opportunity to serve alongside Secretary Mattis, the brave men and women in uniform, and all of the civilians who support them," the message read, according to a copy obtained by CNN.

White's departure comes as the department's inspector general investigates allegations of retaliation against staff members after she used some of them to conduct her personal errands and business matters.

In August, CNN reported that White, a Trump administration political appointee, was under investigation by the inspector general after multiple complaints were filed against her.

White is alleged to have misused support staff, asking them to fetch her dry cleaning, run to the pharmacy for her and work on her mortgage paperwork, among other things. Staffers also accused White of inappropriately transferring personnel after they filed complaints about her.

White became the Pentagon's chief spokeswoman in April 2017 and reported directly to Mattis. The defense secretary's last day at the Pentagon also was Monday.

White used to hold regular televised press briefings, but has not appeared in one since May. It is not clear if her absence from briefings is related to the investigation. Reporters have been told the White House wanted to see more briefings by senior uniformed officers.

After a months-long pause in on-camera briefings, Mattis selected Burke Whitman, a two-star major general in the Marine Corps, to act as a uniformed spokesman for the Defense Department.

While White remained in her role up until Monday's announcement, the expectation was that Whitman would replace her as the Pentagon's regular on-camera briefer.

The decision to appoint Whitman was controversial because the military is supposed to remain outside the political arena, and with a member of the military acting as spokesperson, reporters will not be able to ask questions about the political aspects of decision-making.