China exempts US soybeans and pork from tariffs 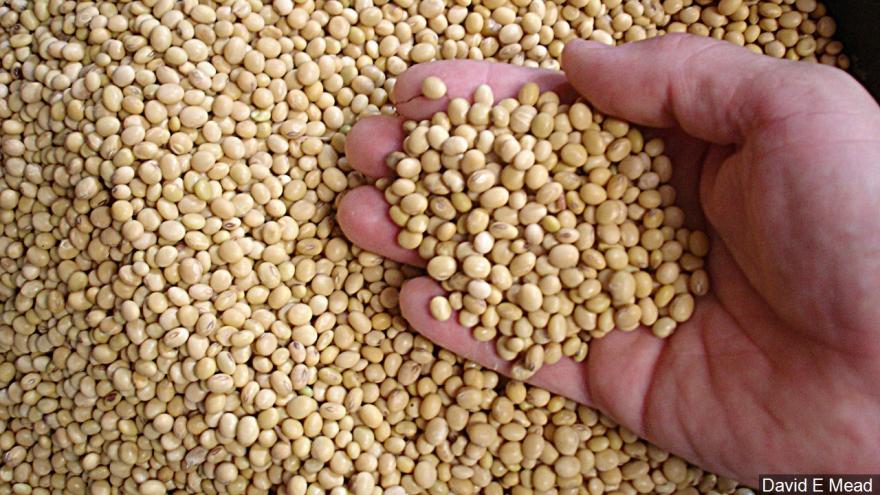 (CNN) -- China will exempt American soybeans and pork from its latest round of tariffs, in what appears to be another move to ease tensions between the countries as they prepare for a new round of trade talks.

"There are broad prospects for importing high-quality agricultural products from the United States," it added.

American soybean farmers have been hit particularly hard by the trade war. China was their biggest market before Beijing responded to US tariffs by imposing taxes on soybeans from the United States.

Exports of soybeans to China fell to $3.1 billion in 2018, down from $12.2 billion the year before, leaving a record number in storage at the end of last year's harvest.

Pork producers are also concerned that they are missing out on a growing Chinese market, where demand has accelerated because of an African swine fever affecting domestic hogs.

There are signs that tensions are cooling ahead of talks that are expected to take place in early October.

China announced Wednesday that it would waive tariffs on some US goods. US President Donald Trump followed with plans of his own to push back new tariffs on Chinese goods by two weeks.

"We hope that the United States is as good as its words and will fulfill its promises, in order to create favorable conditions for cooperation in the agricultural field," Xinhua said on Friday.

Despite its easing of restrictions on US soybean exports, Beijing has been diversifying its supply away from American farmers. Earlier this week, Argentina's agricultural ministry announced that China would open the door for imports of Argentinian soybean meal.

Argentina isn't the only South American country that China's soybean industry is turning to because of the trade war — Chinese farmers have also stepped up imports from its neighbor, Brazil.