China hits Alibaba with record $2.8 billion fine for behaving like a monopoly 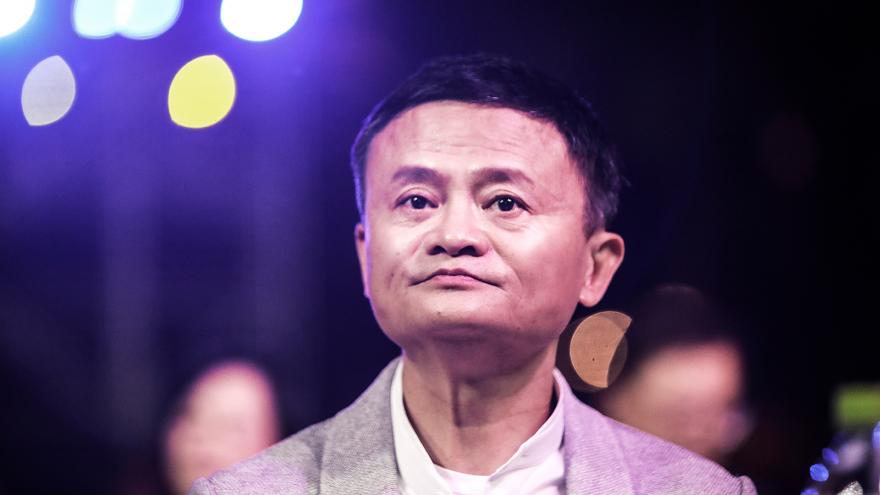 China has ordered Alibaba to pay a record fine of 18.2 billion yuan ($2.8 billion) for behaving like a monopoly. Jack Ma is the founder of the Alibaba Group. - Wang HE/Getty Images

(CNN) -- China has ordered Alibaba to pay a record fine of 18.2 billion yuan ($2.8 billion) after antitrust regulators concluded that the online shopping giant had been behaving like a monopoly.

Chinese state media reported Saturday that the State Administration for Market Regulation had imposed the penalty following an antitrust investigation into Alibaba's "exclusive dealing agreements" that prevented merchants from selling products on rival e-commerce platforms — a practice known as "choosing one from two."

The fine is equivalent to 4% of Alibaba's sales in China in 2019, state news agency Xinhua reported, and dwarfs the previous record penalty of $975 million handed out to American chipmaker Qualcomm in 2015.

Beijing has been tightening the screws on China's national tech champions in recent months, part of a regulatory crackdown that President Xi Jinping has described as one of the country's top priorities for 2021. Last month, Xi urged officials to step up their efforts to regulate online companies to maintain social stability.

Co-founded by legendary entrepreneur Jack Ma, Alibaba is one of China's most prominent and successful private businesses. By making such a high-profile example, Chinese regulators are sending a clear message about their intent to rein in the country's most powerful companies.

Ma has kept a very low profile since Ant Group, Alibaba's financial affiliate, was forced to shelve what would have been the world's biggest IPO last November after he criticized Chinese regulators. Since then, Ma has made only one brief public appearance in a video in January, and Ant Group — which owns the hugely popular digital payments app Alipay — has been ordered to overhaul its business.

In an open letter published on Saturday, Alibaba said the company had cooperated with the investigation and accepted the penalty "with sincerity and will ensure our compliance with determination."

"Alibaba would not have achieved our growth without sound government regulation and service, and the critical oversight, tolerance and support from all of our constituencies have been crucial to our development. For this, we are full of gratitude and respect," it added. "It is not lost on us that today's society has new expectations for platform companies, as we must assume more responsibilities as part of the nation's economic and social development."

Beijing has long been concerned that the influence tech firms have over the financial sector makes that industry vulnerable — Ant, for example, now commands more than half of the mobile payments market in China — and officials have been looking for ways to rein them in.

Other tech companies could be next in the firing line.

Regulators have questioned executives at Tencent and Pinduoduo, punished TikTok-owner Bytedance and Baidu with fines for alleged monopolistic behaviors in corporate acquisitions, and floated new rules that could govern the operations at many tech firms.

Tencent is reportedly facing scrutiny for alleged monopolistic practices at its social networking app WeChat. The company, which dominates online payments in China via WeChat Pay and owns hugely popular mobile games, said in a statement last month that a recent meeting with regulators was "voluntary."

"Tencent has had meetings with regulators on a regular basis, and this was a regular meeting," it said. "We discussed a broad range of topics, mainly focused on fostering innovation and creating a healthy environment for industry evolution. Tencent has always and will continue to conduct our operations in compliance with relevant laws and regulations."