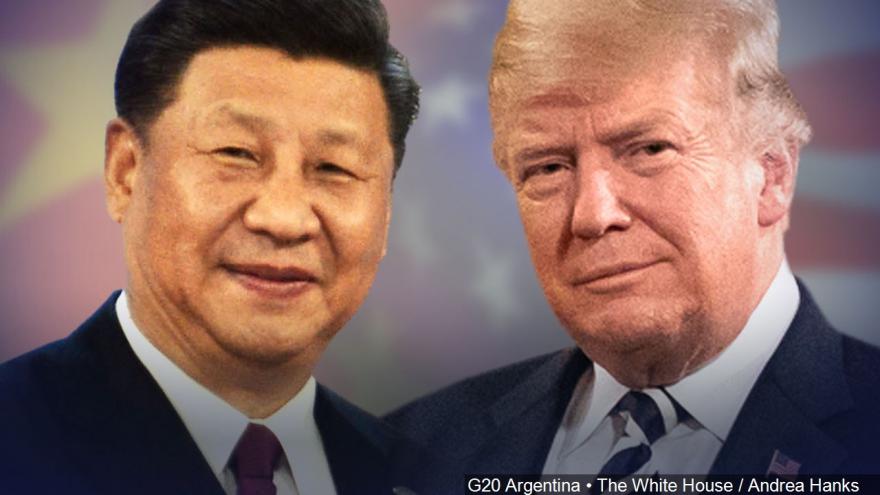 The Communist government on Sunday submitted a draft of a new law to the Standing Committee of the National People's Congress, the country's rubber-stamp parliament, highlighting provisions aimed at better protecting foreign companies' intellectual property.

The proposed law would prohibit forced technology transfer from foreign firms to their Chinese partners, a major grievance of Trump and other critics.

The move was welcomed by Harley Seyedin, president of the American Chamber of Commerce in South China, who described it as "significant and the correct move by the Chinese government."

But he cautioned that foreign companies in China would still face other obstacles even under the planned changes, including a lack of enforcement and "unfair treatment" by local governments.

With an emphasis on "equal treatment" as well as "creating stable, transparent and predictable investment environment," the new law states that foreign companies shall enjoy all state policies "supportive of business development" and participate in government procurement, according to the state-run Xinhua news agency.

Chinese government officials have previously rejected accusations that foreign companies are treated unfairly, arguing any tech secrets handed over were part of deals that had been mutually agreed upon.

The new law appears to be the latest attempt by Beijing to appease Trump, who has repeatedly voiced his concerns around technology theft by the Chinese government.

Negotiations are still ongoing between the US and China after both sides declared a 90-day ceasefire on the trade war following a face-to-face meeting between Trump and Chinese leader Xi Jinping in Argentina earlier this month.

"President Trump and President Xi have agreed to immediately begin negotiations on structural changes with respect to forced technology transfer, intellectual property protection, non-tariff barriers, cyber intrusions and cyber theft, services and agriculture," said the White House in a statement at the time.

During a high-level phone call last Friday, Chinese and US trade negotiators exchanged views on the protection of intellectual property -- among other issues of mutual concern -- and made new progress, China's commerce ministry said in a statement released Sunday.

Other recent moves by Beijing to help trade talks have included China resuming the purchase of American soybeans, as well as temporarily lifting retaliatory tariffs on US cars and auto parts.

But amid the negotiations, Washington announced last Thursday the indictment of two Chinese hackers, allegedly working for the country's spy agency, who had stolen trade secrets from dozens of US companies, triggering a strong rebuttal from Beijing.

A committee vote for the new foreign investment law is schedule to take place Saturday.