Chloé Zhao has made Oscar history 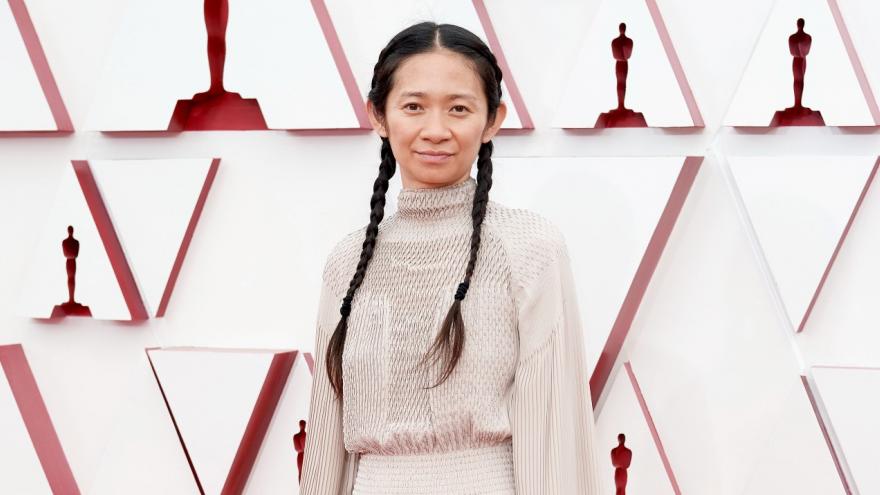 The "Nomadland" director is also only the second woman to win the award. The first was Kathryn Bigelow, who won for "Hurt Locker."

This year was the first year ever that two women were nominated for best director. Zhao was joined in the category by Emerald Fennell, the director of "Promising Young Woman."

Zhao's historic win is, at best, a sign that better times could be on the horizon for a category that's seen dismal female representation over the years.

In the Oscars 93-year history only seven women have been nominated, including Zhao and Fennell. The others were Lina Wertmüller ("Seven Beauties"), Jane Campion ("The Piano"), Sofia Coppola ("Lost in Translation") and Bigelow.

This year was also the first time two Asian directors were nominated in the same year. The other was "Minari's" Lee Isaac Chung.

Zhao's win was instantly celebrated by other creatives in the industry.

"Congratulations Chloé Zhao for Best Director @nomadland," actress Sandra Oh tweeted. "Yes may we have faith in the goodness in ourselves and others."

Lulu Wang, director of "The Farewell," added: "She nailed it. The whole thing. Like I said, a class act. Congratulations Chloe Zhao, a most deserving winner. Let's go!"