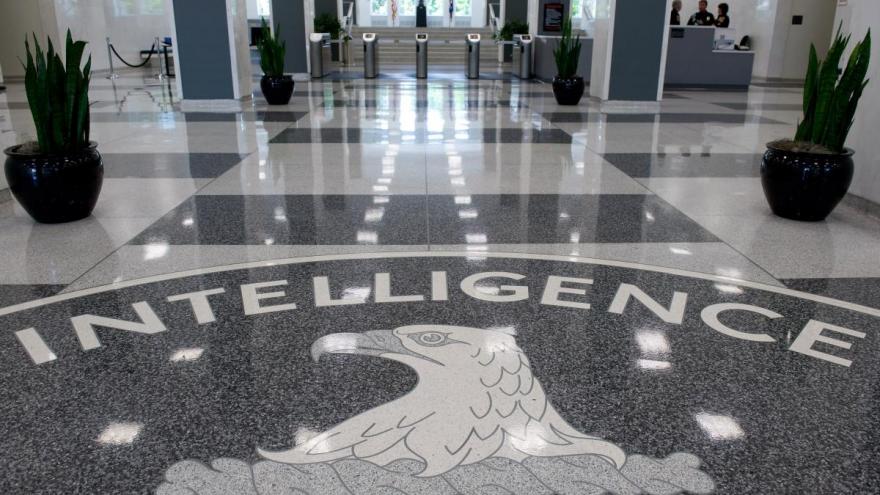 The CIA inspector general is carrying out a review into the agency's handling of officers sickened by the mysterious "Havana Syndrome," according to sources.

(CNN) -- The CIA inspector general is carrying out a review into the agency's handling of officers sickened by the mysterious "Havana Syndrome," CNN has learned, a revelation that comes as cases are mushrooming across the globe.

The intelligence community still doesn't have an official explanation for the perplexing constellation of sensory experiences and physical symptoms that have now sickened hundreds of US diplomats, spies and troops around the globe — some severely enough to force their retirement. About 100 of those cases involve CIA personnel.

One working hypothesis is that Russia is using a microwave or other directed energy device. But that theory doesn't fit perfectly in all cases and, in any event, if it is Russia, Moscow's intent remains elusive.

Still, victims, lawmakers and some State Department and intelligence officers are growing frustrated that six years after the first cases were reported in Havana, Cuba, the intelligence community hasn't been able to name the culprit — or even if the episodes can definitively be termed "attacks."

Some victims and former intelligence officials also report that skepticism by some high-ranking career officials — in particular under former CIA Director Gina Haspel — has made it difficult for victims to get the appropriate care.

"On a bipartisan basis, the House Intelligence Committee has been speaking with individuals with firsthand knowledge of how these health incidents are being handled and how they were handled in the past," said a committee official. "Through that work, we have significant concerns with how some individuals were unable to access needed benefits and medical care."

Sen. Jeanne Shaheen, a New Hampshire Democrat on the Senate Armed Services Committee, was even more pointed in a statement on Thursday: "It's shameful that U.S. public servants and their loved ones afflicted by these directed energy attacks have endured such hardships to access the care they need, and that we still do not have clarity on the causation."

The inspector general review, which has not yet risen to the level of a formal investigation, is specifically examining how sickened officers are cared for.

At the same time, CIA Director William Burns is overhauling the leadership team responsible for the matter and bolstering the medical care available to victims.

The former head of the task force responsible for finding the cause of these incidents, Cynthia Rapp, has retired less than a year after taking on the role — the second key departure since Burns took command of the agency. The chief medical officer, seen by some former officers as too skeptical of the mysterious ailments, announced his retirement and was replaced earlier this year.

Particularly under scrutiny was a briefing she gave to the Senate Intelligence Committee earlier this year where senators grew frustrated that she didn't provide satisfying answers to their questions about the incidents and how the CIA has handled them.

A CIA official said that Rapp's departure was not related to her job performance.

"[Rapp] delayed her retirement for a few months out of dedication to the agency and its people," this person said. "It was always a question of when in the summer she was going to transition. She took what was not a well-structured effort and turned it into a strong organization."

Rapp's replacement, who is undercover, is a counterterrorism veteran who was closely involved in the operation to find and kill Osama bin Laden.

Burns has also "tripled the number of full-time medical personnel at CIA who are focused on these issues," he said in an interview with NPR on Thursday.

"We have reduced the amount of time it used to take to wait to get into Walter Reed for our officers from more than eight weeks to less than two weeks," he said. "We're very focused on that."

Burns has received praise from some former victims for his handling of the issue since taking over from Haspel, who some victims felt was slow to respond to what they see as a national security and personal health crisis.

"[Burns] has demonstrated a personal commitment to providing health care for injured officers and is also allocating appropriate resources and personnel to finding out who is behind these attacks," said Marc Polymeropoulos, a former senior CIA officer who retired amid debilitating symptoms he began suffering in Moscow in 2017, where he was helping run the agency's clandestine operations in Russia.

"It is a most welcome change from the previous leadership team, who at times disregarded the victims and treated this issue as an annoyance vice a true national security challenge," he added.

The challenge for government officials tracking these reports is that there is no sure-fire way to diagnose cases as Havana Syndrome, which the government terms "anomalous health incidents." Victims suffer a myriad of different symptoms both initially and over time, and scientists, engineers and medical experts are divided over whether all of the cases under investigation can be attributed to a single cause.

Some victims reported experiencing sudden vertigo, headaches and head pressure, sometimes accompanying by a "piercing directional noise." And some have reported being able to escape the symptoms simply by moving to another room -- and step back into them by returning to their original position.

Other previously reported incidents have sickened US officials in China and the UK.

The strange episodes have also struck the families of US officials overseas. One military officer was caught in an intersection in Tajikistan when he began experiencing symptoms. His infant child began to cry — and stopped as soon as the vehicle moved out of the intersection.

There have also been a number of episodes under investigation as possible cases in the United States, CNN has previously reported, including two staff members of then-President Donald Trump's national security council who were struck near entrance points to the White House.

From Russia with love?

Russia is one of only a few countries that has dedicated research and development to what some experts believe could be the kind of weapon that could cause symptoms consistent with Havana Syndrome.

But the intelligence pointing to Russia as a possible culprit is all circumstantial, according to multiple sources familiar with the matter, making it difficult for analysts to assess with any certainty that Moscow is behind the episodes.

"Could be, but... I don't want to suggest until we can draw some more definitive conclusions who it might be," Burns told NPR. "There are a number of possibilities."

In Africa, for example, Russia is seen as a likely suspect because Moscow -- in particular the quasi-official Russian mercenaries known as the Wagner Group -- is known to have a presence across the continent.

But even the technology that might cause such an inconsistent set of symptoms is a matter of public debate.

A March report from the National Academy of Sciences found that "directed, pulsed radiofrequency energy" was the most likely cause of the strange set of symptoms -- so-called microwave energy -- but some officials caution that even that isn't known for sure, and some academics have publicly dismissed the theory as unsupported.

Then there's the question of intent.

Some officials tracking Havana Syndrome suggest that, if a foreign adversary is using some kind of directed energy weapon, their purpose may not be to harass or maim US personnel, but rather to collect information from their cell phones.

At least some former officials and lawmakers tracking the issue now believe that the State Department and Defense Department personnel who have been sickened around the globe may have been collateral damage, and that the primary target was intelligence officers — yet another salvo in a decades-long tit-for-tat in the spy world between Russia and the United States.

But for now, as officers continue to be afflicted across the globe, the truth remains unknown.