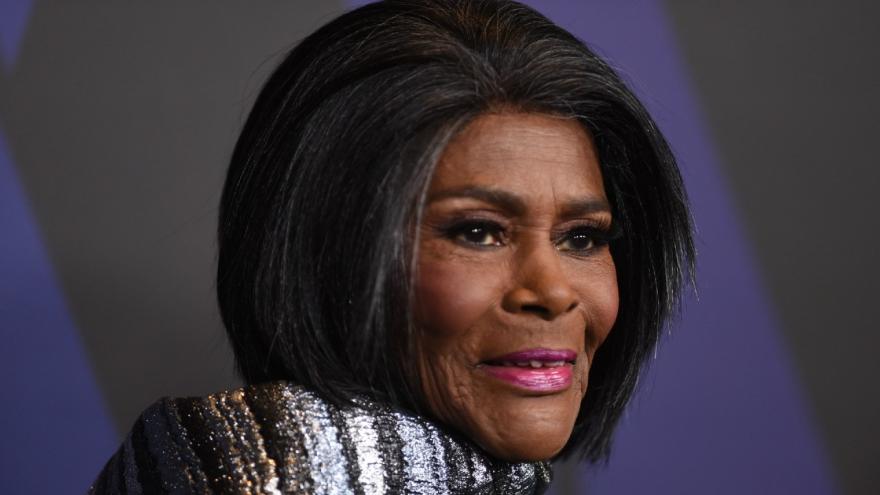 (CNN) -- Cicely Tyson, an award-winning icon of the stage and screen who broke barriers for Black actresses with surpassing dignity, died Thursday, her manager Larry Thompson confirmed to CNN.

She was 96. A family statement did not reveal the cause of death.

"I have managed Miss Tyson's career for over 40 years, and each year was a privilege and blessing," Thompson said in a written statement.

Through a career that lasted decades, she is best remembered for the 1974 TV miniseries "The Autobiography of Miss Jane Pittman," in which revolutionary aging makeup helped her portray the title character from early adulthood into her final years as a centenarian. The role earned Tyson Emmys for best actress in a drama and actress of the year.

Tyson was awarded an honorary Oscar in 2018 for her body of work, with the Academy of Motion Picture Arts and Sciences citing her "unforgettable performances and personal integrity." She had been nominated for an Oscar for her role in the film "Sounder" in 1973.

Tyson continued to work regularly into her 90s, including on popular TV programs such as "House of Cards" and "How to Get Away with Murder."

The actress chronicled her lengthy career in her first memoir, "Just As I Am," which was just released Tuesday.

"Cicely thought of her new memoir as a Christmas tree decorated with all the ornaments of her personal and professional life," Thompson said. "Today she placed the last ornament, a Star, on top of the tree."