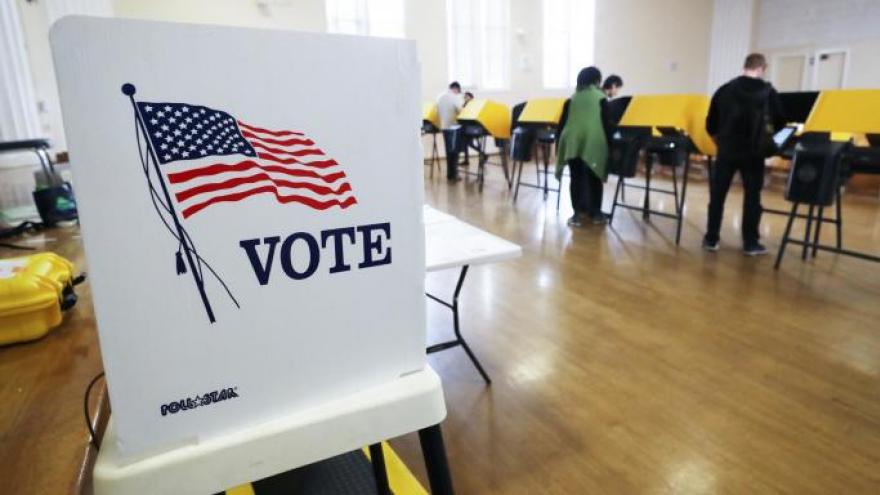 A city councilman and a councilman-elect are among the four people charged with voting fraud related to the May 12 municipal election, New Jersey Attorney General Gurbir Grewal announced.

(CNN) -- A city councilman and a councilman-elect are among the four people charged with voting fraud related to the May 12 municipal election, New Jersey Attorney General Gurbir Grewal announced Thursday.

"Today's charges send a clear message: If you try to tamper with an election in New Jersey, we will find you and we will hold you accountable," Grewal said in a statement. "We will not allow a small number of criminals to undermine the public's confidence in our democratic process."

The investigation began after the US Postal Inspection Service found hundreds of mail-in ballots in a mailbox in Paterson. Numerous additional ballots were found in another mailbox in nearby Haledon, according to a release from the attorney general. The May 12 elections in New Jersey were conducted by mail-in ballots due to the coronavirus pandemic.

Jackson, 48, is charged with fraud in casting a mail-in vote, unauthorized possession of ballots, tampering with public records and falsifying or tampering with records.

He allegedly violated state election laws as a candidate by approaching one or more Paterson voters in the district where he was running and collecting their official mail-in ballots, according to the release.

New Jersey allows a "bearer" to take ballots from several people and deliver them to the county board of elections. A bearer can collect and deliver ballots for only three people and a candidate in the election is never permitted to be a bearer.

Jackson allegedly did not identify himself as a bearer on the mail-in ballots that he delivered to the Passaic County Board of Elections, and he allegedly had more than three ballots that were not his.

An attorney for Jackson told CNN on Thursday that his client will plead not guilty.

"He will be contesting all of these charges," Theodore Kyles Jr. said in a statement. "And I can tell you that Councilman Jackson is a fine public servant with many, many years of distinguished service to the community, even before he was elected to the city council."

Mendez is similarly charged with election fraud, fraud in casting a mail-in vote, unauthorized possession of ballots, false registration or transfer, tampering with public records and falsifying or tampering with records, according to the release.

He allegedly approached one or more voters in Paterson, where he was running, collected official mail-in ballots and delivered them to the Passaic County Board of Elections without identifying himself as the bearer.

Mendez also allegedly got and submitted one or more voter registration applications that he knew were false, fictitious or fraudulent, knowing the person in the application was not eligible to vote in the election district. Paul Brickfield, an attorney for Mendez, told CNN on Thursday, "He's going to be pleading not guilty to the charges."

Razyen, 21, is charged with fraud in casting a mail-in vote and unauthorized possession of ballots. He was allegedly seen on video with more than three mail-in ballot envelopes that did not have the bearer portion completed, according to the release. CNN has reached out to Razyen's attorney for comment.

Khalique, 51, faces the same charges as Razyen along with tampering with public records and falsifying or tampering with records. He allegedly collected and submitted ballots that were not his and did not identify himself as the bearer when they were delivered to the Passaic County Board of Elections, the attorney general noted in the release.

Separately, Kahlique was charged with contract fraud related to the bus company he owns, A-1 Elegant Tours Inc. Joseph Rotella, an attorney for Khalique, told CNN his client denies the allegations and plans to plead not guilty.

"My client denies all the allegations of wrongdoing, and he looks forward to reviewing what the state claims is the evidence against him," Rotella said.