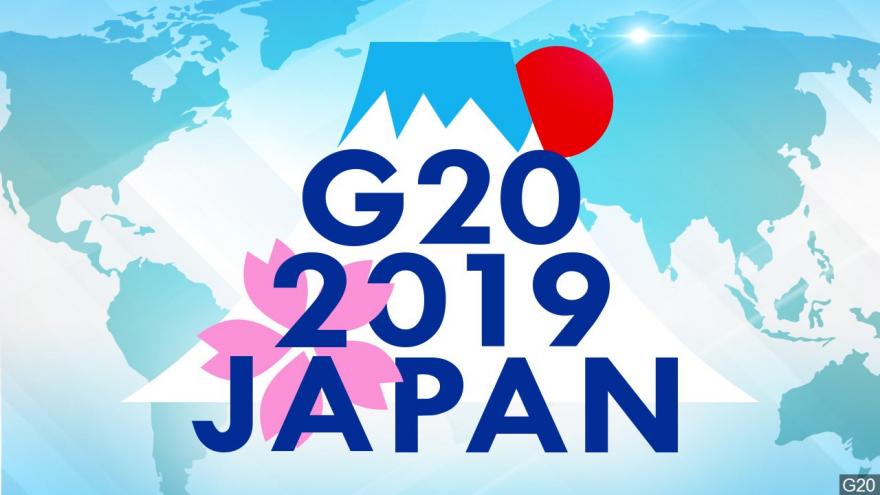 OSAKA, Japan (AP) — World leaders attending a Group of 20 summit in Japan are clashing over the values that have served for decades as the foundation of their cooperation.

European Union President Donald Tusk on Friday blasted Russian President Vladimir Putin for suggesting in an interview with the newspaper Financial Times that liberalism was "obsolete."

In a statement to reporters, Tusk said, "We are here as Europeans also to firmly and unequivocally defend and promote liberal democracy."

He said, "What I find really obsolete are: authoritarianism, personality cults, the rule of oligarchs. Even if sometimes they may seem effective."

As U.S. President Donald Trump, Chinese President Xi Jinping, Putin and other leaders met on the sidelines of the summit, Tusk told reporters that such comments suggest a belief that "freedoms are obsolete, that the rule of law is obsolete and that human rights are obsolete."

Putin told the Financial Times that "the liberal idea has become obsolete. It has come into conflict with the interests of the overwhelming majority of the population."

He praised Trump for his efforts to try to stop the flow of migrants and drugs from Mexico and said that liberalism "presupposes that nothing needs to be done. That migrants can kill, plunder and rape with impunity because their rights as migrants have to be protected."

The G-20 leaders are meeting at a time of profound tensions over trade, globalization and Iran's collapsing nuclear deal.

While prospects for detente in the trade war between the U.S. and China are in the spotlight, many participating are calling for a broader perspective in tackling global crises.

Trump's meeting with the Chinese president on Saturday as the G-20 meetings conclude has raised hopes for a detente in the tariffs war between the world's two largest economies.

But a Chinese foreign ministry spokesman in Beijing said China intends to defend itself against further U.S. moves to penalize it over trade friction. China often has sought to gain support for defending global trade agreements against Trump's "America First" stance in gatherings like the G-20.

Threats by Trump to impose more tariffs on Chinese exports "won't work on us because the Chinese people don't believe in heresy and are not afraid of pressure," Geng Shuang said.

Trump has at times found himself at odds with other leaders in such international events, particularly on issues such as Iran, climate change and trade.

Abe has sought to make the Osaka summit a landmark for progress on environmental issues, including climate change. French President Emmanuel Macron reinforced that message on Wednesday during a state visit to Tokyo, where he described climate change as a "red line" issue for endorsing a G-20 communique.

Host Japan also hopes to forge agreements on reforms of global finance, especially strengthening precautions against abuse of technologies such as cyber-currencies to fund terrorism and other types of internet-related crimes.

On the rising tensions between Iran and the United States, U.N. Secretary-General Antonio Guterres said the world can't afford the conflict and it was "essential to deescalate the situation" and avoid confrontation. Iran is soon poised to surpass a key uranium stockpile threshold, threatening the nuclear accord it reached with world powers in 2015.

Guterres said in a letter to the leaders gathered in Osaka that although the world has made progress fixing some big problems it's not happening fast enough or shared by all countries.

While there are good plans and vision, what's needed are "accelerated actions, not more deliberations," he said.

Fast and equal economic growth should be constructed so that people who live in "the 'rust belts' of the world are not left behind," he said.

Putin, whose country faces an array of the U.S. and the EU sanctions, said at the meeting that "international trade has suffered from protectionism, politically motivated restrictions and barriers." Putin also emphasized the need for BRICS nations to take coordinated action to help block sources of funding for terrorist groups.