Cleveland MLB team to drop 'Indians' from its name 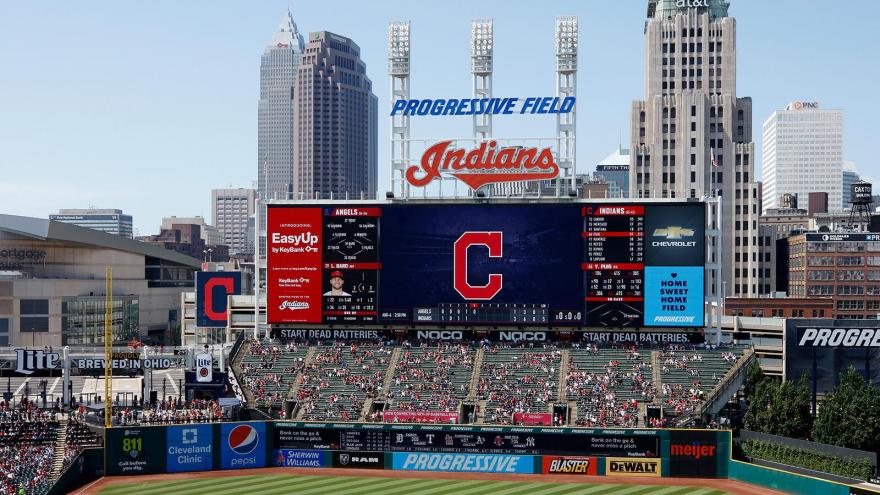 General view of the scoreboard from the upper level as the Cleveland Indians play a game against the Los Angeles Angels at Progressive Field on August 4, 2019 in Cleveland, Ohio. The team is dropping 'Indians' from its name.

(CNN) -- The Major League Baseball team in Cleveland, Ohio, will drop "Indians" from its name, according to a report from The New York Times and later confirmed by other news outlets.

The team declined to comment on the situation, but said it did not dispute the Times report, which cites sources familiar with the decision. Major League Baseball has not responded to CNN's request for comment.

The decision to change the team name could be announced as soon as this week, the Times reported.

Change the Mascot, a national grassroots campaign, applauded the move on Monday saying it shows a growing understanding that Native people should not serve as mascots for sports teams.

"With their commendable decision to alter the team name, Cleveland's team is taking an important step," Ray Halbritter, leader of the Change the Mascot campaign, said in a statement. "For decades, Native American leaders including the National Congress of American Indians have called on Cleveland to change the name and logo. By finally acting, Cleveland's team is moving the team and professional sports forward down a new path of inclusivity and mutual respect."

The "Indians" name dates back to 1915, when it was chosen by the team and a group of baseball newspaper writers. Though its exact origin story is unclear, the name was partly based on the contemporary success of the Boston Braves, who won the 1914 World Series, as well as on Louis Sockalexis, a former Native American baseball star in Cleveland who died in 1913, according to Cleveland Magazine.

Cleveland previously removed its "Chief Wahoo" logo, a racist caricature of a Native American character, from its team uniforms after the 2018 season.

"I think it's time to move forward," Terry Francona, the manager of Cleveland's baseball team, said in July when discussing the team's name. "It's a very difficult subject. It's also delicate."

The Cleveland name change comes at a time when America is coming to terms with its racist past. A summer of protesting the deaths of Black people at the hands of police has led professional sports teams, companies and even schools to reconsider racist branding, imagery and memorabilia.

Sports teams with names based on Native Americans, including MLB's Cleveland Indians and Atlanta Braves, and the NFL's Washington Redskins and Kansas City Chiefs, are facing pressure to reexamine their names as Americans more directly grapple with issues of racism.

Washington's NFL team -- formerly the Redskins -- did away with their name in July and are now the Washington Football Team.