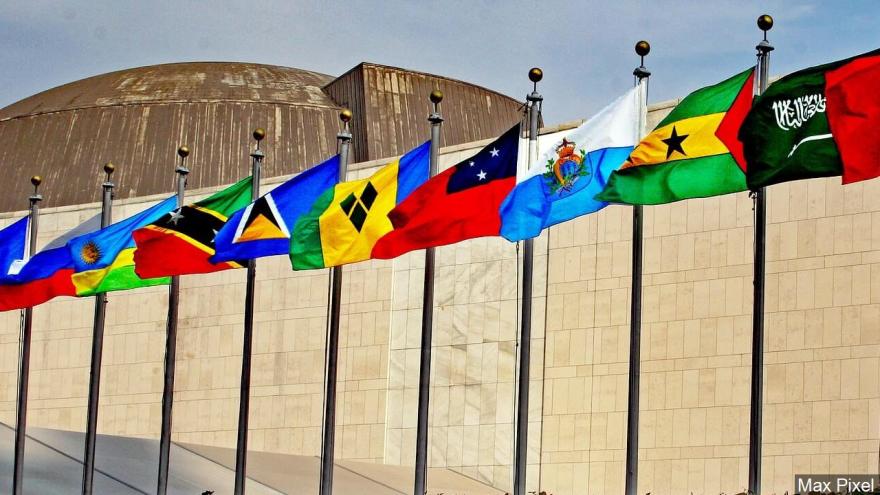 (CNN) -- Refugees fleeing the effects of the climate crisis cannot be forced to return home by their adoptive countries, a United Nations panel has ruled, in a landmark decision that could open the door to a flood of legal claims by displaced people around the world.

The UN's Human Rights Committee was making a judgment on the case of Ioane Teitiota, who applied for protection from New Zealand after claiming his life was at risk in his home country of Kiribati. The Pacific island is at risk of becoming the first country to disappear under rising sea levels.

The committee ruled against Teitiota on the basis that his life was not at imminent risk -- but it also outlined that countries could violate people's international rights if they force them back to countries where climate change poses an immediate threat.

"Without robust national and international efforts, the effects of climate change in receiving states may expose individuals to a violation of their rights," its ruling said.

The decision could have a significant impact on future claims, as the number of people forced from their homes from the intensifying climate emergency grows.

Droughts, crop failure and rising seas are expected to force tens of millions to move to other areas in the coming years. A 2018 study by the World Bank found that 143 million people across South Asia, sub-Saharan Africa and Latin America are at risk of becoming climate migrants.

In its ruling, the committee cited articles 6 and 7 of the International Covenant on Civil and Political Rights, which ensure an individual's inherent right to life.

"Given that the risk of an entire country becoming submerged under water is such an extreme risk, the conditions of life in such a country may become incompatible with the right to life with dignity before the risk is realized," its decision added.

The Intergovernmental Panel on Climate Change has identified Teitiota's home nation of Kiribati as one of the six Pacific Island countries most threatened by rising sea levels. The report claims that, due to coastal erosion and freshwater contamination, Kiribati could become uninhabitable as early as 2050.

It has been among a group of Pacific nations sounding the alarm over climate change in recent years but has run up against resistance from nearby Australia.