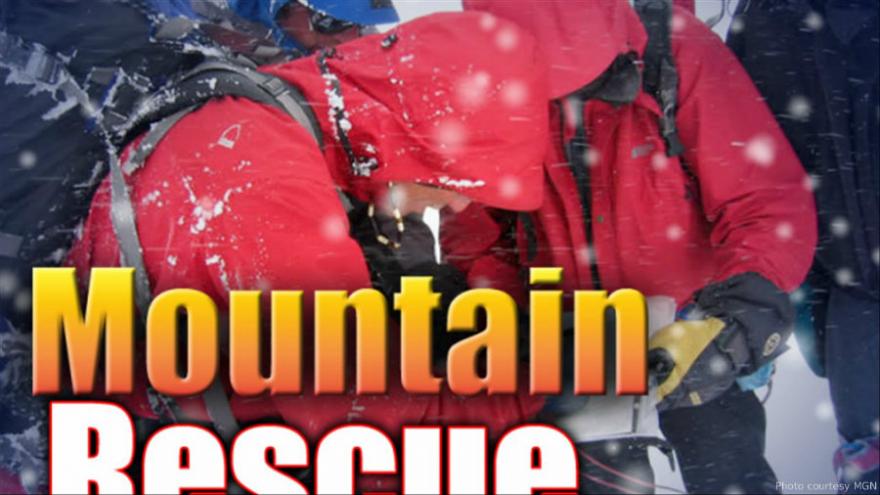 Mount Hood, OR (KPTV) -- Search and rescue crews responded to a fallen climber and a stranded group of climbers on Mount Hood on Tuesday.

The Clackamas County Sheriff’s Office reported at 11:10 a.m. that a rescue operation was underway on the mountain.

By 12:45 p.m., deputies said they were dealing with two separate incidents on Mt. Hood.

One situation involved a climber who fell on Hogsback.

An Oregon National Guard spokesman said that climber was estimated to have fallen 700 to 1,000 feet. A National Guard helicopter crew was called out to assist in the rescue efforts.

By around 1:30 p.m., the climber who fell was hoisted off the mountain and taken to the hospital. Deputies later confirmed the climber was pronounced dead upon arrival at a Portland hospital.

The climber's name and age were not immediately released.

In a second incident, four climbers were stranded near Hogsback, with one person injured. Deputies said that person’s injuries were not life-threatening, but while the group was in a safe location, moving down from that spot was considered hazardous. The group was staying put until reached by rescue crews.

Another group of climbers above the first group ended up joining them to wait for rescue crews, according to deputies.

Crews were working "feverishly" to reach all the climbers, according to the Clackamas County Sheriff's Office.

Authorities said weather conditions in the Hogsback area on Mount Hood were expected to worsen overnight.