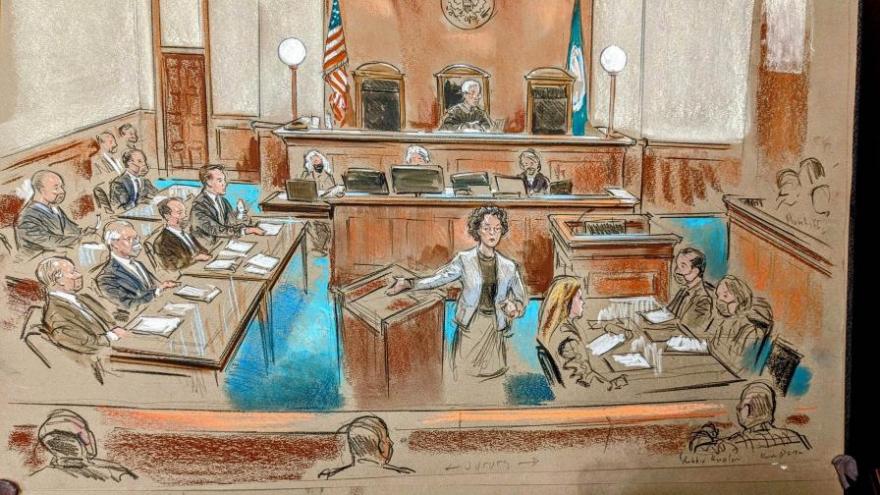 Jurors will hear closing arguments Thursday in the federal civil trial for White nationalists who organized a two-day rally that turned violent and deadly in Charlottesville, Virginia, in 2017.

(CNN) -- Jurors will hear closing arguments Thursday in the federal civil trial for White nationalists who organized a two-day rally that turned violent and deadly in Charlottesville, Virginia, in 2017.

Organizers of the Unite the Right rally are accused of engaging in a conspiracy to commit violence and other harmful activities. The plaintiffs, who include town residents and counterprotesters injured in clashes, are seeking compensatory and punitive damages for physical and emotional injuries they suffered.

US District Judge Norman K. Moon has set aside 2.5 hours for the plaintiffs' attorneys and 3.5 hours for lawyers for the defendants, some of whom are representing themselves.

In general, compensatory damages compensate (or make whole) the injured party for their loss or injury. Punitive damages are considered punishment when the defendant's behavior is found to be particularly harmful, such as if the defendant intentionally engaged in willful misconduct.

Court is scheduled to begin at 9 a.m ET.

Fourteen people and 10 White supremacist and nationalist organizations are named in the lawsuit that prompted the trial.

The jury is expected to begin deliberations Friday.

The events surrounding August 11-12, 2017, saw White nationalists and supremacists marching through Charlottesville and the University of Virginia campus chanting, "Jews will not replace us," "You will not replace us" and "Blood and soil," a phrase evoking Nazi philosophy on ethnic identity.

The almost three-week trial featured attorneys for victims of the violence putting together puzzle pieces for jurors and arguing that the defendants acted as an interconnected web, meant to goad counterprotesters into violent battles.

The defense notably displayed less cohesion than the plaintiffs' side, oftentimes shifting the blame for the violence, arguing they didn't like each other, taking snipes at one another and alleging they barely knew each other.

They have said they did not initiate the deadly violence that ensued and argued they were exercising their First Amendment right to protest. They also say there was no conspiracy and the violence stemmed from law enforcement's failure to keep the opposing groups separated.

The 2017 rally turned the city into another battleground in America's culture wars and highlighted growing polarization. It was also an event that empowered White supremacists and nationalists to demonstrate their beliefs in public rather than just in online chatrooms.

The violence -- which surrounded the Unite the Right rally to protest the planned removal of a statue of Confederate Gen. Robert E. Lee -- reached a crescendo when James Fields, who was protesting the statue's removal, drove his car through a crowd of counterprotesters, injuring dozens and killing 32-year-old Heather Heyer.

The defense is headlined by two well-known White nationalists who took the stand on Tuesday: the self-proclaimed most well-known leader of the alt-right as of 2017, Richard Spencer, and shock jock and personality Christopher Cantwell, both of whom are defending themselves.

Spencer testified that he not only wasn't involved in any of the planning for the deadly rally, but that he also was concerned about potential violence and wanted to make sure he kept the peace.

"If I was there it would definitely attract Antifa. This would make the rally something different and that concerned me," Spencer said, adding that he was more interested in the fame and notoriety of being the most recognizable leader of the alt-right, not the organizer of a violent confrontation allegedly aimed at being the start of a race war.

Cantwell gave jurors examples of where he warned others not to engage in violence.

He told listeners of his program, the "Radical Agenda," that they were not to bring the level of violence he talks about on his show to Charlottesville. He said his show is for entertainment purposes and told listeners to leave their guns at home.