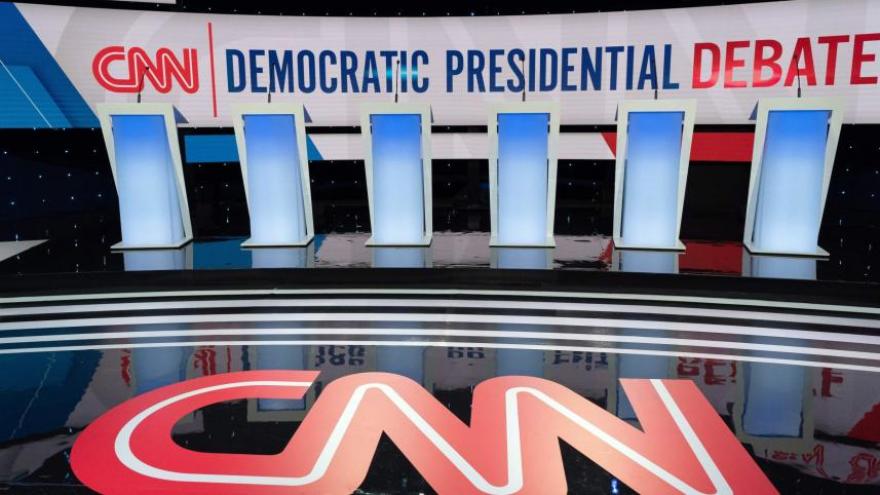 CNN and Univision will host the 11th Democratic presidential debate in Arizona next month, just days before voters head to the polls in the southwestern state.

(CNN) -- CNN and Univision will host the 11th Democratic presidential debate in Arizona next month, just days before voters head to the polls in the southwestern state.

The Democratic National Committee, in partnership with CHC Bold, the political action committee associated with the Congressional Hispanic Caucus, announced that the debate will take place on March 15, in Phoenix at the Arizona Federal Theatre, the downtown venue long known as Comerica Theatre. It will air from 8 p.m. ET to 10 p.m. ET.

Additional information, including moderators and criteria, will be released at a later date, organizers said.

The debate will take place two days before the Arizona Democratic primary, as well as the delegate-rich contests in Florida, Illinois and Ohio.

"Arizona is a battleground state and it's clear Democrats can win here at every level of the ballot," DNC Chairman Tom Perez said. "After historic Democratic victories in 2018, we're putting the Republicans on defense in the Grand Canyon State. This debate will showcase our Democratic presidential candidates, highlight Trump's record of broken promises and make it clear that Democrats are fighting to give Arizonans a better future."

The debate will air exclusively live on CNN, CNN en Español, CNN International and Univision. It will stream live in its entirety, without requiring log--in to a cable provider, on CNN.com's homepage, across mobile devices via CNN's apps for iOS and Android, and via CNNgo apps for Apple TV, Roku, Amazon Fire, Chromecast and Android TV, as well as Univision's digital properties. The audio of the debate will also stream on CNN's channels on Amazon Echo, SiriusXM and Westwood One Radio Network.

For the next two weeks, the race shifts to Nevada, where the caucuses will take place on February 22, and then South Carolina, which will hold its primary on February 29. The final two early-state contests bring the party's diverse base of Latino and African American voters into the fold. The most delegates are up for grabs in March, however.

The DNC scheduled 12 debates for the party's 2020 presidential contest. So far, eight have taken place, and two are scheduled for later in February.

This story has been updated with the venue where the debate will take place and the start time of the debate.