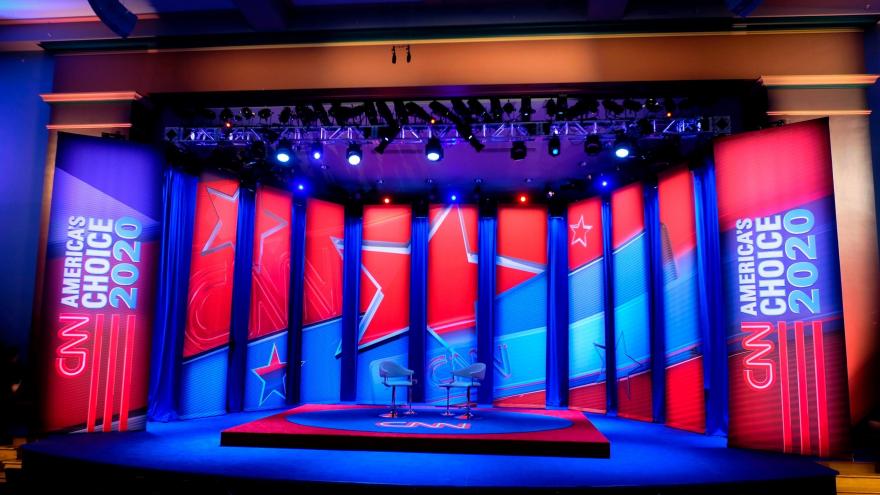 HRC said the October 10 primetime event, airing live on the eve of National Coming Out Day, will feature the largest ever audience for a Democratic presidential town hall devoted to LGBTQ issues. The candidates will take questions from the audience and CNN journalists on specific LGBTQ concerns as well as their plans to promote equality and civility.

"This town hall comes at a critical time in our fight to achieve equality for lesbian, gay, bisexual, transgender and queer people in this nation," said Alphonso David, who was recently named HRC president. "Today, in 30 states, LGBTQ people remain at risk of being fired, evicted or denied services because of who we are. Thirty-five states have yet to ban the dangerous and debunked practice of 'conversion therapy,' which is harming our young people. Hate crimes are rising, and more than 100 transgender people — most of whom are transgender women of color — have been killed in the United States in the last five years.

"Although the federal government should be protecting all residents, the Trump-Pence Administration is directly attacking our community by banning transgender troops from serving our country openly, undermining health care services for people living with HIV, and seeking to erase LGBTQ people from protections under law."

The Democratic candidates will appear in back-to-back town halls throughout the evening from The Novo in Los Angeles.

Invitations to participate in the town hall will be extended to Democratic presidential hopefuls who meet the DNC's qualifications for the October 2019 primary debates. Candidates must reach 2% in at least four national polls identified by the DNC to determine eligibility. The polls for this town hall must be released between June 28, 2019 and September 25, 2019.

In addition, candidates must also meet the donor threshold outlined by the DNC for the October debate, in which they must have 130,000 unique donors, including 400 donors each from at least 20 states.

An HRC Foundation spokesperson said the audience will be comprised of invited guests, LGBTQ stakeholders and members of civic organizations. No public tickets will be available.

A Gallup poll conducted in May showed that 53% of Americans believe new laws are needed to protect the LGBTQ community's civil rights, while 46% do not. Those numbers have stayed steady since the Gallup last asked the question in 2017.

The event will take place the night before October 11, the 31st anniversary of National Coming Out Day. The day was an idea sprung from the March on Washington for Lesbian and Gay Rights in 1987. HRC describes it as "a way of celebrating the power of coming out and promoting a safe world for LGBTQ individuals to live truthfully and openly."